Most employers don’t think of executive orders—documents issued by the Office of the President that affect the management of government operations—when they think of safety compliance. But an executive order issued in 2014 means that your OSHA compliance may now be linked to your eligibility for government contracts. 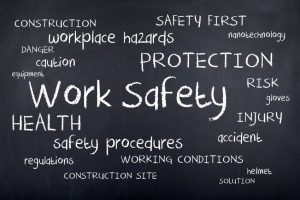 The Order—Fair Pay and Safe Workplaces—was issued on July 31, 2014. In a nutshell, it requires government contractors to comply with labor laws, including OSHA regulations, in order to be eligible for government contracts worth $500,000 or more.

It’s pretty shameful when government contractors are flagrantly guilty of violating government labor laws—but, according to a 2010 report published by the General Accounting Office (GAO), of the 50 largest wage assessments conducted by the Department of Labor’s Wage and Hour Division (WHD) during fiscal years 2005 through 2009, 25 wage assessments were made against 20 companies that received federal contracts in fiscal year 2009. Of the 50 largest workplace health and safety penalties assessed by OSHA during that same time frame, 8 of the largest were issued against recipients of federal contracts. The purpose of the Executive Order, then, is to ensure that federal contractors are not openly flaunting regulations aimed at creating safe, non-discriminatory workplaces where workers are paid fairly.

Under the Order, employers who are competing for government contracts worth more at least $500,000 must disclose during the bidding process whether they have, within the preceding 3-year period, received any administrative merits determination, arbitral award or decision, or civil judgment, for violations of the fourteen labor laws and Executive Orders. Most of the listed laws and orders address hiring discrimination, working conditions and fair wage issues—but the OSHAct is also listed, and the title of the Order makes clear that safe workplaces are a primary area of emphasis.

In addition to the federal statutes, employers must disclose whether they have been subject to any enforcement action under any equivalent state laws.

Having such a determination against you doesn’t automatically disqualify you from receiving a government contract. However, you must be able to demonstrate, to the satisfaction of the agency issuing the contract, that you have taken steps to bring yourself into compliance with the standard.

More, if you’re going to subcontract for any goods or services in excess of $500,000, you become responsible for enforcing the terms above with respect to your subcontractors. Potential subcontractors must disclose to you, during the bidding process, whether they have been the subject of any enforcement action under the laws listed above during the preceding three-year period.

You’re required to update your compliance determination every six months while you hold a government contract.

If at any point the agency that holds your contract becomes aware that you have violated one of the labor laws listed above, they have the option to:

Tomorrow, we’ll look at the guidance OSHA has issued to its personnel in achieving compliance with the Order.