Analyses of the 2014 Flint, Michigan, drinking water crisis indicate that the high levels of lead in the public supply could have been prevented if the city had added phosphate corrosion inhibitors to its supply. Adding phosphate to domestic water makes it harder for lead compounds in pipes to dissolve and has been used to reduce lead contamination for decades. But there are different types of phosphate corrosion inhibitors, and water systems should consider which one is optimal for lead corrosion control. 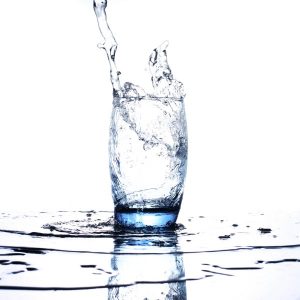 Under the 1991 federal lead and copper rule (LCR) and its revisions, large and certain small water systems must recommend to the Safe Drinking Water Act primacy agency (usually the state) an optimum corrosion control treatment (OCCT). Federal regulations at 40 CFR 141.2 define the “OCCT” as “the corrosion control treatment that minimizes the lead and copper concentrations at users’ taps while insuring [sic] that the treatment does not cause the water system to violate any national primary drinking water regulations.”

The OCCT requirements differ depending on the system size (i.e., population served) with 50,000 people served as the threshold. Most systems serving more than 50,000 people were required to meet deadlines in 1993 to determine and 1997 to install OCCT. Systems serving 50,000 or fewer people are not required to conduct corrosion control treatment (CCT) steps unless they exceed the lead and/or copper action level.

In a 2016 guidance document, the EPA looked a range of OCCTs, including pH/alkalinity/dissolved inorganic compound (DIC) and silicate corrosion inhibitors as well as phosphates. The Agency’s observations on phosphates may be useful to water systems that must recommend OCCTs to their state drinking water offices.