OSHA periodically reenergizes its Focus Four Hazards campaign—an initiative intended to raise awareness about the four leading hazards in the construction industry, described by OSHA as falls, caught in or between, struck by, and electrocution. 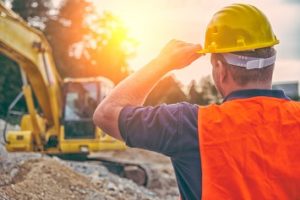 OSHA is currently concentrating on educating employers in OSHA Region 3 on recognizing, evaluating, and controlling these hazards. The Region 3 effort began in March and will extend through June 2018.

According to the Bureau of Labor Statistics, in 2016, the Focus Four Hazards—also called the Fatal Four—were responsible for 64% of all fatalities in the construction sector. (OSHA separately states that 90% of construction fatalities come from these four hazards.) Falls lead the group with 384 out of 991 total deaths (38.7%), followed by struck by object—93 deaths (9.4%); electrocutions—82 deaths (8.3%); and caught in between—72 deaths (7.3%). (The caught-in-between category includes construction workers killed when caught in or compressed by equipment or objects and struck, caught, or crushed in collapsing structures, equipment, or material.) Also in 2016, failure to comply with OSHA’s fall protection regulations topped all other violations cited by the agency. Construction inspections comprise 60% of OSHA’s total inspections.

Under the Region 3 initiative, OSHA representatives participate in monthly “toolbox talks” on the four hazards. For more information about the talks, refer to OSHA’s list of authorized training organizations. In addition, OSHA provides detailed training information on the Focus Four Hazards at https://www.osha.gov/dte/outreach/construction/focus_four.

Any understanding of the Focus Four Hazards must begin with the specific hazardous conditions under each.  Generally, the most common conditions are as follows: