This week’s reported environmental enforcement actions cost companies some big bucks. Added to the fines are compliance action and supplemental environmental project (SEP) costs that the companies must complete as a result of their violation. For its violations of Toxics Release Inventory (TRI) regulations, a structural steel and platework fabricator will pay upwards of $147,000 on its SEP, and that doesn’t include the nearly $40,000 fine! 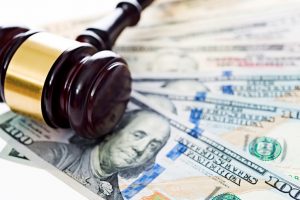 Penalty: $1,100 fine. Though the fine was small, the EPA states that International Waxes will spend $46,468 in compliance action costs.

CAA violations: The EPA alleged that the Smithfield Fresh Meats Corporation, a packaged meats company, was in violation of the Clean Air Act’s (CAA) Prevention of Accidental Releases and General Duty Clause regulations. EPA inspectors observed that the company, which utilizes 250,000 pounds of anhydrous ammonia, failed to comply with regulations for facilities at which a regulated substance is present in more than a threshold quantity and failed to document that equipment complied with generally accepted good engineering practice. In addition, the company failed to annually certify that its operating procedures for the ammonia refrigeration process were current and accurate.

TSCA, RRP violations: HBW Properties, Inc., a construction and property management provider, was found in violation of the Toxic Substances Control Act’s (TSCA) Lead Renovation, Repair and Painting Rule (RRP Rule). According to the EPA, the company was not a certified lead-safe firm. The company acted as general contractor, subcontracting with firms that also were not certified lead-safe firms, to perform renovation activities at University Towers, brick high-rise condominium buildings in Silver Springs, Maryland. HBW Properties failed to obtain a lead-safe firm certification and to use lead-certified renovators to perform the renovation activities, failed to provide the owner and occupants with an EPA-approved lead hazard pamphlet, failed to post lead warning signs, and failed to comply with various lead dust containment work practice standards. In addition, the company employed restricted work practices and failed to retain records demonstrating compliance with lead safe work practices.

RCRA violations: According to the EPA, Shrieve Chemical Company, which manufactures and supplies oilfield chemicals, specialty chemicals, refrigeration oils, and dielectric fluids, was in violation of Resource Conservation and Recovery Act (RCRA) hazardous waste generator regulations. The company was in violation of notification, training, and hazardous waste determination requirements.

EPCRA, TRI violations: The EPA alleged that Structural Steel Services, a structural steel and platework fabricator, was in violation of Emergency Planning and Community Right-to-Know Act (EPCRA) Toxics Release Inventory (TRI) regulations. The company processed zinc (fume or dust) in excess of the 25,000-pound threshold quantity during the 2012, 2013, 2014, and 2015 calendar years. The company also used xylene (during 2013, 2014, and 2015) and toluene (during 2012, 2013, and 2015) in excess of the 10,000-pound threshold quantity. The company failed to submit the required form for zinc (fume or dust) for 2012, 2013, 2014, and 2015; for xylene for 2014; and for toluene for 2012, 2013, and 2015. The company failed to use readily available data to make reasonable estimates of the quantity of a toxic chemical entering each environmental media when completing the form for xylene for calendar years 2013 and 2015.

Penalty: $39,191 fine. The company will spend $147,032 on a supplemental environmental project. In addition, the EPA says the total compliance action cost is $100.

EPCRA, TRI violations: In March 2017, the EPA inspected Nestle, a prepared food producer, and found the company in violation of EPCRA TRI regulations. The company failed to report its off-site transfers of nitric acid to a publicly owned treatment works for the 2014 and 2015 calendar years.