EPA’s use of its Hazard Ranking System (HRS) to place a contaminated area in Indianapolis, Indiana, on the Superfund National Priorities List (NPL) was successfully challenged in court by one of the companies the Agency claimed was responsible for the contamination. 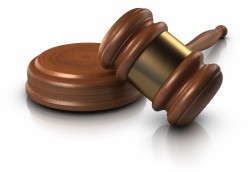 A panel of the U.S. Court of Appeals for the D.C. Circuit was asked by the plaintiff, Genuine Parts Company, to find that the EPA had incorrectly considered two underground aquifers as one when ranking the area. By conjoining the aquifers, the Agency was able to calculate the HRS score needed to put the site on the NPL, whereas consideration of the aquifers separately would have produced a lower HRS aquifer score. The panel agreed with the plaintiff’s argument that EPA’s decision to interconnect the aquifers contradicted what was shown on several cross-section diagrams of the contaminated area. But the panel did not accept the plaintiff’s contention that the EPA also erred in computing the HRS water migration score. Nonetheless, because the HRS aquifer score was found invalid, the panel vacated the rule that placed the site on the NPL and remanded it to the Agency for further proceedings consistent with its opinion.

The West Vermont Drinking Water Contamination Site is in a commercial and residential area and includes a groundwater plume contaminated with vinyl chloride. The EPA believes that the site’s contamination emanates from polluted soil sources at the Genuine Parts Company facility, which engaged in auto parts degreasing and waste burial, and Aimco Michigan Meadows Holdings’ Michigan Plaza facility, a former shopping center where discharges of solvents from a dry-cleaning business entered a leaky sewer line.

Under the Comprehensive Environmental Response, Compensation, and Liability Act (CERCLA or Superfund), the EPA must list sites based “upon relative risk or danger to public health or welfare or the environment” posed by actual or threatened releases of hazardous substances. Pursuant to this mandate, the Agency promulgated its HRS, “a comprehensive methodology and mathematical model the agency uses to … quantify the environmental risks a site poses.” The HRS measures the risk from migration of hazardous substances through four possible pathways—air, soil, surface water, and groundwater. Each potentially affected pathway receives a numerical score based on the “[l]ikelihood of release, waste characteristics, and targets” of the contamination associated with that pathway. The EPA must then plug the resulting individual pathway scores into a formula to obtain the site score, which ranges from 0 to 100. Sites with scores at or above 28.50 are eligible for inclusion on the NPL.

In 2015, the EPA conducted an HRS analysis of the West Vermont site. The Agency assessed the site’s aquifers—bodies of permeable rock, sediment, or soil that can contain or transmit groundwater. The EPA determined that a porous upper aquifer, consisting of sand and gravel, rested directly on top of a limestone bedrock aquifer within 2 miles of the site. Because the two aquifers were considered to be interconnected such that contamination could migrate from one aquifer to the other, the EPA treated both aquifers as a single hydrologic unit. Based on the risks the contamination posed to the human population and the environment, the likelihood of release, and waste characteristics factors, the Agency assigned the site the highest possible groundwater migration pathway score of 100 and, by rule, placed the site on the NPL. Had the two aquifers been considered independently, the pathway score would not have reached 28.50. 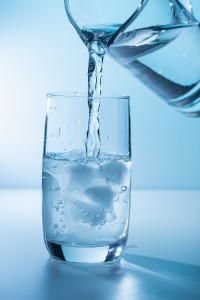 The plaintiff argued that the EPA lacked substantial evidence of hydraulic interconnection between the upper and lower aquifer. To support this claim, the plaintiff submitted three cross sections of the site derived from well log data that showed a layer of clay/till dividing the two aquifers. Two of the cross sections were in a report prepared by Indianapolis Water Company. The plaintiff contended that the clay/till was a confining layer with low hydraulic conductivity, that is, a boundary through which water cannot easily move. This information was presented to the EPA when it proposed to place the site on the NPL. In the final rule, the Agency did not directly address the cross sections in the diagrams. Instead, the EPA cited data from two well logs that the Agency claimed showed no clay layer above the lower aquifer.

The panel found that the EPA “simply ignored” the presence of the clay/till dividing layer in the three cross sections in the record.

“It was arbitrary and capricious for EPA to rely on portions of studies in the record that support its position, while ignoring cross sections in those studies that do not,” stated the panel. “Furthermore, if Petitioners are correct in claiming that a confining layer of clay or till separates the aquifers, then EPA may not combine the upper and lower aquifers in computing the Site’s HRS score. Although EPA is not required to discuss every item of fact or opinion included in the submissions it receives in response to a Notice of Proposed Rulemaking, it must respond to those comments which, if true, would require a change in the proposed rule.”

EPA’s counsel argued that the diagrams are consistent with the agency’s conclusion that there is no continuously confining layer of sediment between the aquifers. The panel answered that these arguments came too late because the Agency did not include them in the rulemaking.

Direction of Flow Not Relevant

The plaintiff also asserted that the Agency erred by calculating a high HRS score for water in the aquifers that is flowing away from three municipal water wells, claiming that these wells could not be potentially subject to groundwater contamination from the site’s sources of contamination. The panel responded that the HRS requires the EPA to assign values to wells located within 4 miles of a site’s sources of contamination, without requiring the EPA to directly consider the direction of groundwater flow. Accordingly, the panel’s opinion did not vacate or otherwise order the EPA to rework this part of the listing rule.