June 30, 2018, marks the launch of the U.S. Environmental Protection Agency (EPA) national electronic manifest (e-manifest) system. It seems as though much of the focus by the EPA and those who write about the new system has been on how the system will affect hazardous waste generators and “receiving facilities” (i.e., hazardous waste treatment, storage, and disposal facilities (TSDFs), as well as every type of federally or state-regulated facility that could receive a hazardous or state-only regulated waste). But what about transporters? Obviously, they are an important part of the manifest system, and as it turns out, the handler offered the least flexibility in determining their involvement in the new system.

The Generator Calls the Shots

To register or not

A hazardous waste generator has a choice as to whether it registers into the e-manifest system. That is because a generator can still, for at least 3 years, continue to use a paper manifest. While there are definite disadvantages for a generator that continues with paper (which we’ll discuss at another time), it does have the option, nonetheless.

But transporters really don’t have much of a choice if they want to maintain their current level of business. They need to be prepared to accept e-manifests because a generator that initiates an e-manifest can only do so if it’s known that all handlers named on the manifest (i.e., any transporter and receiving facility) will participate in the use of an e-manifest. This requires giving the shipment to a transporter that is both registered and capable of executing the manifest electronically through the transportation phase of the waste shipment. 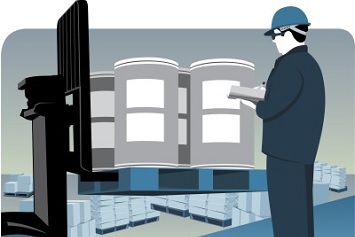 Hybrid manifests. The hybrid manifest exists for the purpose of giving generators time to ease into the e-manifest system. A disadvantage for the transporter is that it leaves the transporter without the hard-copy shipping paper that the Department of Transportation (DOT) regulations currently require to be carried on transport vehicles for use by emergency responders, if necessary. The EPA advises that the transporter make a copy of the paper manifest that’s been signed by the generator and transporter and carry that in the vehicle until the Agency and the DOT have figured out how shipping paper information can be shared electronically with responders.

Paper manifest. While this choice means there’s no DOT shipping paper problem, it could end up costing the transporter more than a hybrid manifest. The EPA charges receiving facilities a user fee for each manifest they submit to the EPA. The fee amount is based on the type (electronic or paper) and mode of submission (mail, data upload, or image file upload). The receiving facility has several choices as to how to submit the information when it’s not via an electronic manifest (which includes the hybrid manifest). Each choice is more expensive than a submission via an electronic manifest, as it involves mailing the paper copy to the EPA (the most expensive) or uploading a paper manifest image or paper manifest data. It’s very likely that the receiving facility will pass down these fees to the transporter and/or generator.

Transporters need to weigh their options and determine how the e-manifest system works best for them, taking into consideration all the practicalities and costs involved. The e-manifest system took a long time to come together, and there will, no doubt, be a need for some fine-tuning by both the EPA and manifest handlers before it works well for all parties involved in the system.