The U.S. Coast Guard (USCG) is proposing to eliminate the third-year requirement of a 3-year regulation that compels owners and operators of vessels operating on voyages exclusively between ports or places within a single Captain of the Port (COTP) zone to submit an Annual Ballast Water Summary Report.

Under the Ballast Water Management Reporting and Recordkeeping final rule (November 24, 2015, Federal Register (FR)), regulated vessels have already submitted reports for 2016 and 2017. The proposal would eliminate both the rule and the requirement to submit reports for the third and final year, 2018, which are currently due in March 2019. The USCG says it reviewed the 2016 reports and found that they do not contribute to the “quality and breath” of ballast water management (BWM) as originally intended.

In the 2015 rule, the USCG stated that efficient and effective BWM data collection is essential to USCG’s ability to evaluate the availability of BWM technologies for the range of vessels operating in waters of the United States. These data, said the USCG, directly inform USCG’s decision-making efforts to ensure to the maximum extent practicable that aquatic nuisance species are not discharged into waters of the United States.

The reporting requirement applied to the master, owner, operator, agent, or person in charge of certain nonrecreational vessels with ballast tanks, which operate exclusively on voyages between ports and places within a single COTP zone.

“Historically, the Coast Guard has not collected extensive information about the BWM practices of this segment of the vessel population because it seemed unlikely that vessels operating within a single COTP Zone would introduce invasive species from place to place within the COTP Zone,” the USCG stated in the final rule. 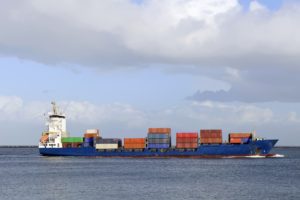 Despite this view, which was expressed by opponents of the rule, the USCG still believed the reports would provide the essential data the USCG needed to determine whether vessels that operate solely in a single COTP zone should be subject to the same or similar BWM regulations as those applicable to vessels operating in multiple COTP zones.

The required BWM reports contain information about the vessel, the number of ballast tanks, total ballast water capacity, and a record of ballast water loading and discharges. The objective was to gather a sufficient amount of data without imposing an undue burden on vessels that were otherwise not required to report.

“However, we have concluded that the current annual reporting data fields are too simplistic to capture vessel movements and ballasting operations in the necessary level of detail,” the USCG now states. “We received recommendations supporting this proposed action in response to our June 8, 2017 [FR] request to the public to identify rules that should be repealed, replaced, or modified to alleviate unnecessary regulatory burdens. One commenter correctly points out that a vessel operator cannot indicate in the Annual Ballast Water Summary Report whether the vessel uses water from a U.S. public water system as ballast.”

Based on reports received, the USCG estimates that 67 owners or operators of 166 U.S.-flagged vessels have reported ballasting operations in accordance with the 2015 rule.