The Trump EPA has issued a final rule to add a nonylphenol ethoxylates (NPEs) category to the list of toxic chemicals subject to reporting under Section 313 of the Emergency Planning and Community Right-to-Know Act (EPCRA) and Section 6607 of the Pollution Prevention Act (PPA). The rule had been proposed by the Obama-era EPA and has been promulgated without change to the proposal. Reporting of NPE releases as required by Section 313, better known as the Toxics Release Inventory (TRI), will first apply for the reporting year beginning January 1, 2019 (reports due July 1, 2020). 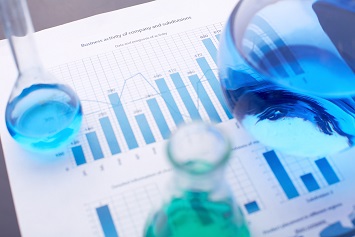 EPCRA Section 313 requires that certain facilities that manufacture, process, or otherwise use listed toxic chemicals in amounts above reporting threshold levels report their environmental releases and other waste management quantities of such chemicals annually. These facilities must also report pollution prevention and recycling data for the listed chemicals, pursuant to Section 6607 of the PPA.

According to the Agency, eight facilities will need to issue TRI reports for the first time because of the new NPE listing.

NPEs are nonionic surfactants used in a wide variety of industrial applications and consumer products. Many of these, such as laundry detergents, are down-the-drain applications; that is, they are received by wastewater treatment plants. Others, such as dust-control agents and deicers, lead to direct release to the environment. As noted in the Agency’s listing proposal, two forms of NPEs have been found in the environment—short-chain and long-chain (chain refers to linked atoms).

The final TRI category for NPEs comprises 13 different chemical substances. (Nonylphenol is even more toxic to aquatic organisms than short-chain NPEs, says the Agency, which, in 2014, added this substance to the TRI list [September 30, 2014, Federal Register (FR)].) 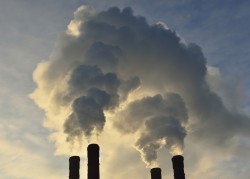 EPA’s proposal prompted only a handful of comments. The only extensive comment was provided by the Alkylphenols & Ethoxylates Research Council (APERC), which raised several objectives to the proposed listing. Mainly, the APERC argued that long-chain NPEs are not highly toxic and, therefore, should not be listed because, under EPCRA, only the listed chemical—and not its degradation products—may be regulated as a TRI substance.

The EPA responded that EPCRA allows the Agency to list any chemical it determines “causes or may reasonably be anticipated to cause’’ the relevant adverse human health or environmental effects.

“EPA believes that this language allows EPA to consider the effects caused by the degradation products of a listed chemical,” the Agency stated.

The APERC also argued that the Agency need not list long-chain NPEs because nonylphenol, the degradant of greatest concern, is already listed. The EPA responded that the listing of nonylphenol is irrelevant to listing NPEs.

“Nonylphenol was not listed because it is a degradation product of NPEs,” said the Agency. “It is also used in the chemical industry, including as the starting material for the production of NPEs.”