After being hit with two lawsuits that claimed it was unlawfully delaying a key training requirement in its 2015 revisions to the Worker Protection Standard ((WPS), November 2, 2015, Federal Register (FR)), the EPA announced that it intends to change its position, thereby—and tentatively, at least—conceding to the demands of the plaintiffs. 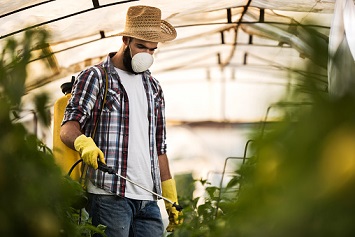 Specifically, the Agency released a notice for the revised training requirements take effect. The notice announces the availability of training materials employers of agricultural and pesticide workers must use to instruct the workers in the revised provisions. The notice was published in the June 22, 2018, FR. Employers have until December 19, 2018, to begin training workers with the new materials.

Initially issued in 1992 under the Federal Insecticide, Fungicide, and Rodenticide Act, the WPS is primarily intended to reduce the risks of illness or injury to workers and handlers resulting from occupational exposure to pesticides used in the production of agricultural plants on agricultural establishments. The 2015 revisions increased the pesticide training content for farmworkers from 11 to 23 topics and for pesticide handlers from 13 to 36 topics. Much of the new training material is geared toward improving worker knowledge on how to reduce take-home residues from treated areas and the potential exposure of family members and vulnerable groups.

In the 2015 revisions, the EPA stated that it agreed with stakeholders who said time would be needed to create and distribute new training materials and to allow existing trainers to familiarize themselves with those new materials. Accordingly, the Agency set a minimum 2-year delay between the effective date of the final rule (January 1, 2016) and the earliest implementation date for the expanded pesticide safety training (January 1, 2018). The revision stated that farmworkers and pesticide handlers must receive the expanded pesticide safety training “within 180 days after a notice of availability of such training materials appears in the Federal Register, but no earlier than January 1, 2018.” 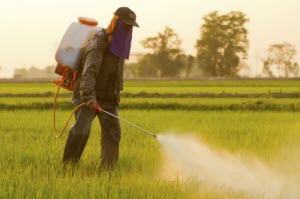 But in December 2017, the EPA announced that it intended to initiate a rulemaking to reconsider three aspects of the 2015 WPS— minimum ages of farmworkers, designated representatives of farmworkers, and application exclusion zones. The EPA said the training materials were complete and available but added that it was delaying publication of the materials’ availability notice “to prevent extra work and costs to developers of the training materials and EPA reviewers” given that reconsideration could result in revisions that would require alterations of the requirements. The Agency said that employers of farmworkers may make use of either the prior versions of the training materials or the new versions, but they would not be required to use the new versions until the regulatory deadline is reached following formal publication of the availability notice.

The core legal argument offered by the plaintiffs—three state attorneys general (AGs) in one suit and a farmworker advocacy group in the other—is that the Agency’s delay in publication of the availability is an unauthorized amendment of the 2015 WPS revisions.

“Despite the availability of updated training materials, the Trump administration’s EPA suspended the new training requirements without following the necessary public notice and comment procedures,” said California AG Xavier Becerra when the AG lawsuit was filed. “The lawsuit being brought by the Attorneys General is based on the fact that the EPA’s suspension is arbitrary and capricious, in violation of the Administrative Procedure Act.”