In a final rule promulgated without a prior proposal, the EPA is revising regulations associated with the definition of solid waste under the Resource Conservation and Recovery Act (RCRA). The revisions apply specifically to rules the Agency issued in 2008 and 2015, which addressed the conditions under which hazardous secondary materials (HSMs) are legitimately recycled. 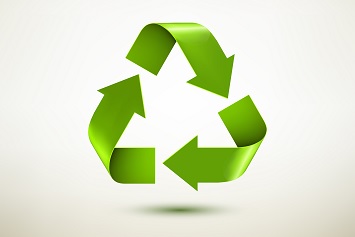 The 2008 rule provided that HSM recycling was exempted from RCRA hazardous waste regulations under a provision called the transfer-based exclusion. That rule also codified the four factors that must be used to verify the legitimacy of HSM recycling; two of those factors were made mandatory while the other two needed only to be “considered.”

The 2015 rule replaced the transfer-based exclusion with a more stringent provision called the verified recycler provision and also made mandatory the two legitimacy factors for which the 2008 rule required only consideration.

Industry and environmental petitioners challenged the 2015 action in the D.C. Circuit. In a July 2017 majority opinion, the court upheld parts of the 2015 rule but vacated the provision relating to the verified recycler exclusion. Regarding the two legitimacy provisions, the majority upheld the 2008 rule in one case and the 2015 rule in the other.

EPA’s current final rule implements the D.C. Circuit’s 2017 opinion as well as a March 2018 amendment the court made to that opinion.

Under the transfer-based exclusion in EPA’s 2008 rule, the party off-loading the hazardous materials (the generator) could send them to a reclaimer that possessed a RCRA permit (or interim status). Alternatively, the generator could send materials to a reclaimer that lacked such a permit or interim status if the generator had made “reasonable efforts” to ensure that the chosen reclaimer intends to properly and legitimately reclaim the HSMs and not discard them. The reasonable efforts comprised investigating and affirmatively answering specific questions that the regulation posed about the reclaimer.

The 2015 rule eliminated the reasonable-efforts provision of the transfer-based exclusion and established the verified recycler exclusion. This new provision requires that generators may send their HSMs to reclaimers who either have a RCRA permit (or interim status), as in the transfer-based exclusion, or a RCRA variance. Basically, this meant that only the EPA or a RCRA-approved state may approve firms to operate a third-party reclamation facility.

The D.C. Circuit majority noted that in eliminating the transfer-based exclusion, the EPA had relied on several studies that indicated that third-party recyclers were, for reasons of profit, over-accumulating HSMs, which increased the likelihood of disposal instead of reclamation. But the majority found that the information in these studies was based less on reality than on theory and could not agree that they formed a persuasive base to eliminate the transfer-based proposal. The court, therefore, vacated the verified recycler exclusion and reinstated the transfer-based exclusion. 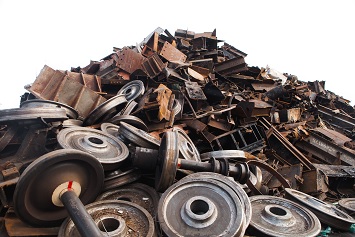 In the 2008 rule, the EPA codified the following four factors that determined whether recycling of HSMs was either legitimate or sham recycling.

In its 2015 action, the EPA made application of all four factors mandatory. In its petition, industry argued that mandating factors 3 and 4 across all recycling results in the EPA unlawfully regulating nondiscarded materials.

Under factor 3, the EPA was basically requiring that HSMs intended for recycling be contained. The court found this requirement reasonable and, therefore, upheld the mandatory nature of this factor.

Regarding the mandatory nature of factor 4, the majority was concerned that the EPA was essentially requiring that even very small amounts of hazardous constituents in a recycled HSM be removed to demonstrate comparability. The majority called this provision “draconian,” vacated it, and reinstated the 2008 rule’s requirement that factor 4 need only be considered.

EPA’s implementation rule was published in the May 30, 2018, Federal Register (FR).