Following a controversial public statement made by EPA administrator Scott Pruitt concerning climate change, the EPA was faced with a court order to provide documents that back up the statement. 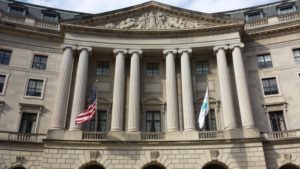 Pruitt’s public statement was made on March 9, 2017, when he told a CNN interviewer on air that he did not agree that human activity “is a primary contributor to the global warming that we see.”

Subsequently, Public Employees for Environmental Responsibility (PEER) sent a Freedom of Information Act (FOIA) request to the EPA asking for two sets of documents. The first set was any documents Pruitt relied on to make his statement. The second set was any EPA documents that support the conclusion that human activity is not the largest factor driving global climate change.

After the legal time limit for the EPA to respond to the requests passed, PEER petitioned the U.S. District Court in Washington to order the Agency to meet its FOIA obligation.

In her opinion, Chief Judge Beryl A. Howell noted that more than a year after PEER submitted its request the EPA had not even conducted a search for the requested materials. Howell further agreed with PEER that the EPA was in violation with the FOIA. Accordingly, she gave the Agency 9 weeks to conduct a search for both sets of the requested materials and provide materials that respond to the request or provide PEER with an explanation as to why certain documents are being withheld from PEER’s perusal.

In its brief to the court, PEER pointed out that Pruitt’s statement in the interview contrasted with many previous EPA declarations that carbon dioxide is the primary greenhouse gas contributing to recent climate changes and that the primary human activity affecting the amount and rate of climate change is greenhouse gas emissions from the burning of fossil fuels.

Howell’s opinion includes a discussion of the purposes of the FOIA—a means for citizens to know what their government is up to—as well as FOIA’s explicit command that federal agencies make “promptly available to any person” records that are not otherwise exempt in response to “any request for records which … reasonably describes such records.”

Among other arguments, the EPA contended that FOIA’s request amounts to an improper interrogatory of Pruitt and is otherwise overbroad and unduly burdensome. Specifically, the Agency contended that responding to the first request would impermissibly force Pruitt to answer questions and take a position on the climate change debate. Also, the Agency said, it would need to spend countless hours researching and analyzing a vast trove of material on the effect of human activity on climate change and evaluate whether a particular document supports or refutes, or even relates to, PEER’s proposition concerning the effect of human activity on climate change, an evaluation amounting to a subjective assessment upon which reasonable minds can differ.

PEER responded that it was not at all querying Pruitt about his views on climate policy but merely suggesting that he was a “likely custodian of the records that he relied on in his statements on national television, and therefore could assist in locating records responsive to the request.” Howell agreed.

“The agency’s twisted interpretation of plaintiff’s counsel’s suggestion as evidence that the FOIA request was intended to operate as ‘an interrogation’ is simply a reach too far,” wrote the judge.

Regarding the second request, Howell concluded that the EPA construed the request far more broadly than the text supports in a “thinly veiled effort to make the request more complex and burdensome than it is.”

“The plaintiff is not seeking any agency record ‘that broadly discusses the relationship between air pollution and climate change to find any possible connection with the question of the human role in causing climate change,’ but only ‘documents that explicitly draw a conclusion on that subject,’” wrote Howell. “In fact, the plaintiff makes clear that ‘PEER is not asking for anyone’s “position” on climate change; nor is it asking for those conducting the search to perform any research or analysis.’ Rather, the FOIA request targets agency records that reach ‘conclusions on the causes of climate change, and specifically conclude that humans are not the largest factor,’ with ‘no need for the FOIA staff to conduct scientific research or make judgment calls.’

“In any event, EPA’s cursory affidavit provides little explanation for why the plaintiff’s FOIA request would create an undue burden.”