We have a dozen new cases to touch on this month, covering violations discovered across 7 regions. Penalties and fines ranged from just under $3,000 to $400,000; learn from these examples of water woes, air violations, and permit slip-ups so that your facility doesn’t become the next organization on our monthly list. 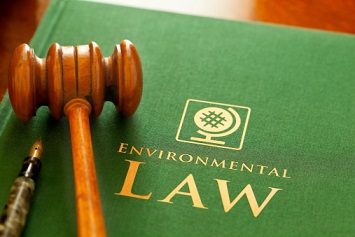 RCRA violations: GVA North America, a company that primarily manufactures filters for life sciences applications, was found in violation of Resource Conservation and Recovery Act (RCRA) regulations. The company failed to provide employee training, failed to have adequate aisle space between containers of hazardous waste, and failed to conduct weekly inspections. Some of these failures were repeat violations.

CWA, SPCC violations: According to the EPA, Catalyst Energy, Inc., and KC Midstream Solutions, LLC, the former and current owner and operator of three natural gas processing plants located in Pennsylvania, were in violation of the Clean Water Act’s (CWA) Spill Prevention, Control, and Countermeasure (SPCC) regulations. During their respective ownership of the plants, both companies failed to correctly prepare and fully implement SPCC plans at the three facilities.

Penalty: $2,497 fine. In addition, the company will pay approximately $300 in compliance action costs.

RRP Rule and TSCA violations: The EPA found that Two Point Construction was in violation of TSCA and RRP Rule requirements for renovations on Target Housing. The company failed to obtain firm certification to perform renovations on Target Housing, failed to obtain acknowledgement of receipt of the EPA-approved lead hazard pamphlet, failed to ensure that a certified renovator was assigned to each renovation, and failed to retain records documenting compliance with lead safe work practices.

Penalty: $13,413 fine, in addition to approximately $700 in compliance action costs.

FIFRA violations: According to the EPA, three companies were found in violation of Federal Insecticide, Fungicide, and Rodenticide Act (FIFRA) regulations. The EPA inspected a pesticide facility that was contracted to manufacture pesticide products for the three companies and discovered that all three companies, which provide their own product labels, failed to properly label the pesticides.

CAA, GDC violations: The EPA has found MFG, a specialty chemical manufacturing company, in violation of the Clean Air Act’s (CAA) General Duty Clause (GDC). The company failed to identify hazards that could result from the accidental release of an extremely hazardous substance using appropriate hazard assessment techniques, failed to design and maintain a safe facility to prevent the release of an extremely hazardous substance, and failed to minimize the consequences of releases that occur.

CWA violations: On April 16, 2016, Marathon Pipe Line, which operates pipelines, storage tanks, and barge dock facilities, was in violation of CWA’s Oil and Hazardous Substances Discharge regulations when it had a 10-inch pipeline fail. The pipeline failed where the pipeline crosses the Wabash River near Crawleyville, Indiana. The company released 35,868 gallons of ultra-low sulfur diesel fuel into the river. 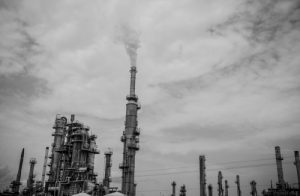 Multiple Violations and a Heavy Fine

CWA violations: According to the EPA, Modern Concepts, a company that manufactures plastic products, was in violation of CWA regulations. In 2016, EPA inspectors observed that there were spilled plastic pellets on paved surfaces throughout the company’s facility, which is located near Compton Creek, a tributary of the Los Angeles River. In addition, the facility lacked pollution prevention equipment and used inadequate cardboard storage boxes, exposing the pellets to rain and wind. 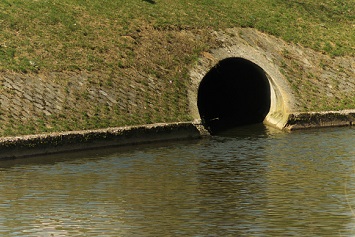 CWA violations: An EPA inspection that was conducted in 2016, revealed that Double R Trading Inc., a company that operates a recycling plant that grinds plastic materials into small flakes, was in violation of CWA regulations. The company’s facility had discharged stormwater into Dominguez Channel without a required permit. The facility had large amounts of exposed plastic materials and fragments spilled on paved surfaces throughout the facility. In addition, the facility did not have the necessary containment systems to trap plastic material and prevent releases to a waterway that flows into the Port of Los Angeles. The company also had improper outdoor oil storage.

Penalty: $54,600 fine. In addition, the company will spend approximately $4,500 in compliance action costs.

Penalty: $13,500 fine. In addition, the city will pay approximately $20,000 in compliance action costs. The city must identify and complete modifications and corrective actions to the facility within 2 years.