In 1971, the EPA and the Department of Transportation (DOT) issued a joint memorandum to clarify jurisdictional issues related to the regulation of facilities with the potential to discharge oil into the environment. Nearly 50 years later, there is still significant uncertainty about where one agency’s authority ends and the other’s begins. 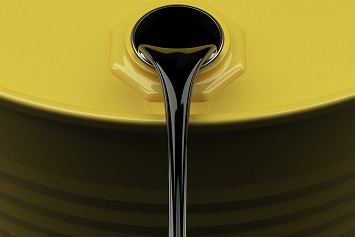 In the simplest terms, the memo states that the DOT has authority over transportation-related facilities with the potential to discharge oil, while the EPA possesses authority through its Spill Prevention, Control, and Countermeasure (SPCC) program over nontransportation facilities. The DOT also delegated regulation of certain offshore and onshore facilities to the U.S. Coast Guard (USCG).

“Determining agency jurisdiction can be difficult and should be treated on a case-by-case basis,” the EPA states in SPCC Guidance for Regional Inspectors.

The 1971 memo endeavors to clarify the most common jurisdictional issues for inspectors and the regulated community. EPA’s guidance document also provides examples that can help clear up confusion about which agency’s regulations govern a facility and its operations. The following examples provide a sense of how the separation of authority works. 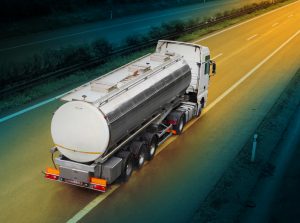 The EPA regulates tank trucks as mobile/portable containers under the SPCC rule if they operate exclusively within the confines of a non-transportation-related facility. For example, a tank truck that moves within the confines of a facility and leaves the facility only to obtain more fuel (oil) would be considered to distribute fuel exclusively at one facility. This tank truck would be subject to the SPCC regulations if it or the facility contained above the regulatory threshold amount and there was a reasonable expectation of discharge to navigable waters or adjoining shorelines.

A tank truck that distributes fuel only to multiple off-site facilities and does not perform fueling activities at the home base would be transportation-related and regulated by the DOT.

Additionally, the EPA regulates containers that were formerly used for transportation, such as a truck or railroad car, and are now used to store oil (i.e., no longer used for a transportation purpose) as a bulk storage container.

Tank trucks that are used in interstate or intrastate commerce can also be regulated if they are operating in a fixed, nontransportation mode. For example, if a home heating oil truck makes its deliveries, returns to the facility, and parks overnight with a partly filled fuel tank, it is subject to the SPCC rule if it or the facility has a capacity above the SPCC threshold amount and there is a reasonable expectation of discharge to navigable waters or adjoining shorelines. However, if the home heating oil truck’s fuel tank contains no oil when it is parked at the facility, other than any residual oil present in an emptied vehicle, it would be a highway vehicle regulated only by the DOT.

A marine terminal is an example of a complex subject to both USCG and EPA jurisdiction. The USCG regulates the pier structures, transfer hoses, hose-piping connection, containment, controls, and transfer piping associated with the transfer of oil between a vessel and an onshore facility. The EPA regulates the tanks, internal piping, loading racks, and vehicle/rail operations that are completely within the nontransportation portion of the facility. EPA jurisdiction begins at the first valve inside secondary containment. If there is no secondary containment, EPA jurisdiction begins at the valve or manifold adjacent to the storage tank. 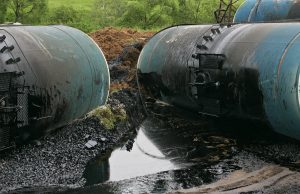