Bulldozers, front-end loaders, haul trucks, and other large mobile equipment at surface mines have been involved in the deaths of 61 miners since 2007. Unfortunately, an argument can be made that conditions that cause these fatalities are not improving with time. For example, the Mine Safety and Health Administration (MSHA) notes that in 2017, nearly 40 percent of the 28 mining fatalities and more than 30 percent of injuries involved mobile equipment. While there have been fewer reported fatalities involving belt conveyors at surface and underground mines, the 17 deaths since 2007, which MSHA is aware of, still point to serious worker safety gaps that need to be closed. 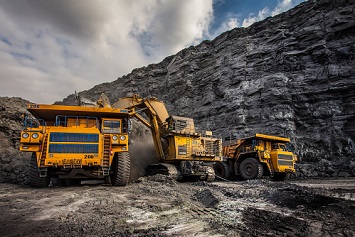 Accordingly, MSHA has taken several steps to reduce hazards to miners inherent in mobile equipment and belt conveyors. Actions include providing technical assistance, conducting awareness training, and developing best practice and training materials. MSHA is now exploring how engineering controls can be used to improve miner safety. The agency is requesting public comment on the types of engineering controls available and how they can be used in mobile equipment and conveyor belts to reduce accidents, fatalities, and injuries.

MSHA’s investigation over the past 10 years of mining deaths associated with mobile equipment found that the contributing factors in many of these incidents included no seat belt; seat belt not used or inadequate seat belts; larger vehicles striking smaller vehicles; and the equipment operator having difficulty detecting the edges of high walls or dump points, causing equipment to fall from substantial heights.
Seat belts appear to top the list of MSHA concerns.

“MSHA examined 38 fatal accidents that occurred since 2007 involving mobile equipment in which the deceased was not wearing a seat belt,” said the agency. “MSHA determined that 35 of the victims (92 percent) might have survived had they been wearing a seat belt.”

Several types of engineering controls may address the problem. For example, a device could ensure that equipment operators fasten seat belts because not doing so would affect the operation of the equipment. Other options include high-visibility seat belt materials and devices such as warning lights and audible warning signals that remind the equipment operator to fasten the seat belt. Some warning signals stop after a period of time; others continue until the seat belt is fastened. Additional engineering controls could promote seat belt usage by making equipment operation impractical or uncomfortable or by notifying mine management if the seat belt is not used (or not used properly).

Collisions can be avoided by the use of collision warning systems or collision avoidance systems that activate machine controls, such as automatic braking. Technologies that include a Global Positioning System (GPS), radar, and radio frequency identification tagging could be employed to keep operators away from dangerous descents. Other measures, such as ground markers and aerial markers, could give operators a clearer indication of hazardous locations.

More than 75 percent of fatalities involving belt conveyors occurred after miners became entangled in belt drives, belt rollers, or discharge points. Factors that contribute to entanglement hazards include inadequate or missing guards, inadequate or an insufficient number of crossovers in strategic locations, and/or inappropriate lockout/tagout procedures. Systems that can sense a miner’s presence in hazardous locations, ensure that machine guards are properly secured in place, or ensure machines are properly locked out and tagged out during maintenance would reduce fatalities.

Issues for which MSHA is requesting information include the availability of the above engineering controls, their costs, their reliability and, most importantly, how effective they are in preventing accidents.

MSHA will be accepting feedback until December 24, 2018.

The request for information was published in the June 26, 2018, Federal Register (FR).