Since it was signed into law in 1970 by President Richard Nixon, the Occupational Safety and Health Act (OSH Act) has been amended many times. But in key areas, the OSH Act has remained unchanged since enactment. Recently, legislation has been introduced in Congress to update the OSH Act to extend coverage workers who currently are not protected; amend criminal penalties for employers; enhance safeguards for whistleblowers; and alter other sections of the Act. 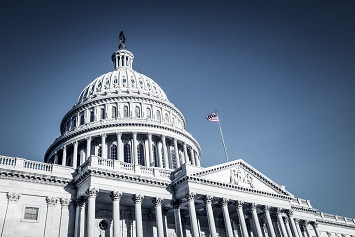 The same or similar changes have been included in bills brought before Congress on an annual basis since 2003, when Senator Edward Kennedy first introduced the Protecting American Workers Act (PAWA). Fifteen bills under the same name were subsequently introduced in both the House and the Senate, including an action in 2007 that was cosponsored by ex-President Barack Obama.

None of these bills have made it to any president’s desk, and there appears to be little likelihood the current one will be any different given that Republicans control both chambers of Congress. Generally, the position of Republicans, some Democrats, and the millions of U.S. businesses, and particularly small businesses, is that the bills seek to use unnecessary regulations to force employers into doing more to protect workers and punish them harder if they do not. Opponents of the bills argue that the very small number of employers that are not protecting their workers are giving the inaccurate impression that enforcement is needed for all employers. The more effective approach, opponents continue, is increased compliance assistance and outreach on OSHA’s part to better educate and equip employers that genuinely want to avoid worker injuries.

Act Is a Success

This view was summarized at a 2010 House hearing on the 2010 version of the PAWA by Jonathan Snare, a former solicitor of Labor with the Department of Labor (DOL), who testified on that bill on behalf of the U.S. Chamber of Commerce. According to Snare, OSHA has achieved significant success in reducing injuries and fatalities throughout its history—and a record reduction in 2000–2010—a trend business leaders claim continues to this day. Snare stated:
“By every available factual and statistical measure, OSHA has been successful in its mission. Something must have been working for these results to have been achieved. In my judgment, the way to achieve these types of results is for OSHA to use the wide variety of resources available to assist employers who have the ultimate responsibility under our system for workplace safety and health, which includes motivating employers in some cases through enforcement or the risk of enforcement, as well as offering outreach and compliance assistance to employers to enable them to understand and comply with their obligations.”

“Enforcement and penalties do not prevent workplace fatalities and injuries; they are imposed after workplace fatalities and injuries have occurred,” said Snare. “Simply put, the best approach to workplace safety and health under this existing system and structure is a proactive approach that reaches employers before there is a problem and provides them with the support and guidance they need to protect their employees.”

Employers also point out that they pay out more than just OSHA fines because of a violation that results in serious worker injury or death. Employers must also pay for workers’ compensation insurance and settle wrongful death lawsuits; these costs create far greater incentives for companies to try to build safer working spaces for employees, employers assert.

But according Senator Tammy Baldwin (D-WI), who introduced the latest PAWA, OSHA’s enforcement provisions need to be stronger. The legislation would update current OSHA’s policies on criminal activities and civil penalties—“which have remained too low to deter bad actors,” says Baldwin. In addition, the bill would require employers to correct serious, willful, and repeat violations while they are contesting OSHA’s citations. As in past versions of the PAWA, other proposed provisions would expand federal protections to more workers, strengthen antiretaliation provisions, and enhance the General Duty Clause.

The bill would provide OSH Act protections to workers currently not covered; these include federal, state, and local public employees, and some private sector employees (e.g., flight attendants, who have limited protection when the aircraft is in operation). Baldwin states that the number of employees not covered by the OSH Act is in the “millions.” The bill would also require designation of an employee representative “at an establishment, factory, plant, construction site, or other workplace, or other environment where work is performed by employees for an employer.” The representative must be authorized by the employees.

Under current law, an employer may be charged—at most—with a misdemeanor when a willful violation of OSHA leads to a worker’s death. The bill would authorize felony penalties against employers that knowingly commit OSHA violations that result in death or serious bodily injury and extend such penalties to corporate officers and directors. The bill also updates OSHA civil penalties in general and sets a minimum penalty of $50,000 for a worker’s death caused by willful violation.

Current law states that an employer may not discharge or discriminate against any employee who has filed a complaint or instituted any proceeding under the OSH Act against the employer. The bill would expand the range of protections against retaliation when an employee:

Furthermore, the bill would prohibit discharge of or discrimination against any employee refusing to perform his or her duties if the employee has a reasonable apprehension that performing such duties would result in serious injury to or serious impairment of the health of the employee.

The bill also states that the circumstances causing the good-faith belief of the employee that performing a duty would constitute a risk to safety or health “shall be of such a nature that a reasonable person, under the circumstances confronting the employee or other individual, would conclude that there is such a hazard. In order to qualify for protection under this paragraph, the employee, when practicable, shall have communicated or attempted to communicate the safety or health concern to the employer and have not received from the employer a response reasonably calculated to allay such concern.”

Employers would also be required to inform workers of the federal antiretaliation protections for whistleblowers. 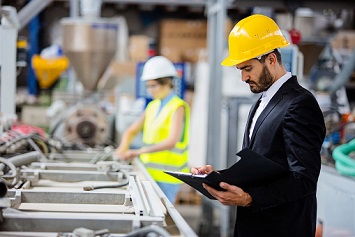 Current law authorizes OSHA to conduct inspections and investigations but does not specify when investigations must occur. Under the bill, OSHA would be required toinvestigate any significant incident or an incident resulting in death that occurs in a place of employment.

Also, if a significant incident or an incident resulting in death occurs in a place of employment, the employer must promptly notify OSHA of the incident involved and take appropriate measures to prevent the destruction or alteration of any evidence that would assist in investigating the incident. The bill defines a significant incident as one that results in the inpatient hospitalization of two or more employees for medical treatment.

Employers would be required to keep a site log for all recordable injuries and illnesses occurring among all employees. Also, the bill would give workers and their families the right to meet with DOL investigators. Time spent by an employee participating in or aiding an OSHA inspection would be considered hours worked, and no employee “shall suffer any loss of wages, benefits, or other terms and conditions of employment for having participated in or aided any such inspection.”

Section 5(a)(1) of the OSH Act—the General Duty Clause—states that each employer “shall furnish to each of his employees employment and a place of employment which are free from recognized hazards that are causing or are likely to cause death or serious physical harm to his employees” and “shall comply with occupational safety and health standards promulgated under this Act.”

In addition to extending the General Duty Clause to all workers, the bill would make a separate violation of every instance of a single employee exposed to a hazard in violation of the law.