OSHA’s recent proposal to add a permanent requirement that employers ensure the competency of crane operators through evaluation is intended to correct a prior requirement—which is not yet in effect—that certification alone of crane operators is sufficient to demonstrate operator competency. Compliance with the certification-only standard, which was issued in 2010, is currently required by November 10, 2018. This is 4 years after the original compliance deadline because OSHA issued several rules postponing enforcement. In its new proposal, OSHA makes it clear that the additional time has been necessary so that it could reconsider the certification-only standard and whether additional safety assurances are necessary. The current proposal reflects OSHA’s decision—as well as industry’s concurrence—that an expansion of the standard is needed. 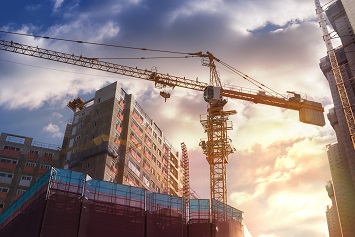 According to the U.S. Bureau of Labor Statistics Census of Fatal Occupational Injuries, 47 crane operators were killed between 2011 and 2014. Another report found that for every crane operator killed in an accident, more than four nonoperator employees died. The same report found that out of 281 injuries, 29 were to operators, so that there were 8.7 nonoperator injuries for every operator injury.

OSHA has been addressing this risk at least since 1979, when it issued a standard requiring employers to permit only those employees qualified by training or experience to operate cranes and to instruct each employee in the recognition and avoidance of unsafe conditions. However, crane incidents continued to be a significant cause of injuries and fatalities in the construction industry over the next few decades. Accordingly, in 2010, OSHA promulgated its certification-only standard for operators of cranes and derricks in construction. The rule required that certification must indicate the equipment types and the rated crane capacities that an individual is certified to operate. In addition, the employer’s existing duty to ensure that operators are competent would no longer be in effect once the certification-only operator standard became enforceable.

In the years since promulgation of the 2010 standard, OSHA learned that some employers had no intention of relying only on certification to ensure crane operator competency. OSHA states:
“Several industry representatives said that regardless of what OSHA’s crane standard requires, construction and insurance industry influences would prevent many employers of crane operators from relying solely on certification to verify the competence of their crane operators. Furthermore, all the company representatives stated that they would not let an operator run any of their cranes based solely on his/her possession of an operator’s certification…. OSHA confirmed from these discussions that, regardless of whether an operator has a certification, all the employers contacted evaluate their operators to ensure competency.”

OSHA learned that most stakeholders viewed certification only as a verification of an operator’s basic operating skills and crane knowledge, including reading load charts, recognizing basic crane hazards, inspecting equipment, knowledge of applicable regulations, and familiarity with basic crane functions to control the boom and load line. Some industry representatives likened operator certification to a learner’s permit to drive a car, suggesting that passage of the certification test meant an individual could operate a crane but was not necessarily competent to perform the specific tasks required by an employer. In fact, OSHA said that its discussions with stakeholders revealed that many employers were unaware that under the 2010 standard, they would not be required to evaluate the competency of their crane operators. 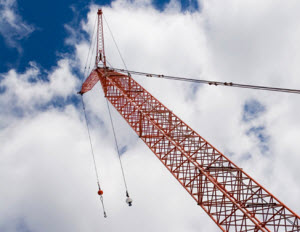 Under the proposal, the permanent process of evaluation would be performance-oriented—that is, directly focused more on the operator’s actual work than on the general knowledge and skills tested during the certification process. In other words, the evaluation must be equipment- and task-specific. OSHA gives the following examples:

In setting out its evaluation requirements for employers, OSHA says it has preliminarily decided against specifying particular operator skills that the employer must evaluate because those skills could vary significantly based on the complexity of the equipment and work to be performed.

“Almost all employers OSHA spoke to said that when they observe operators handling loads at construction worksites they can tell whether the operators appear competent,” OSHA says. “At worksites, most employers are accustomed to assessing operator skills because having competent operators that can safely and productively handle loads quickly, smoothly, and without corrections, eliminates injuries and reduces costs.”

OSHA appears to recognize both that most employers are already able to determine the subject matter and crane knowledge that their operators need to safely perform hoisting activities with their cranes and that operator competency evaluations conducted by many employers may already exceed that of certification testing. However, the agency still believes that compliance with the proposed evaluation provision would ensure that all operator evaluations cover subject matter that is specific to the equipment used and the construction activities performed.

“OSHA’s proposed requirement for work-specific skills, knowledge, and judgment should help to encourage consistency throughout the industry in confirming the basic knowledge and operating skills of all operators in construction work,” says OSHA.

A task force formed by OSHA’s Advisory Committee for Construction Safety and Health (ACCSH) to study crane issues confirmed that it would be difficult to capture in a regulatory scheme all criteria necessary to determine an operator’s ability to safely operate a type of crane for all possible conditions on a construction site. Accordingly, the proposed rule retains the performance-based character of the existing evaluation requirements. The specific evaluation requirements, which are set out in proposed paragraph 29 CFR 1926.1427(f), are as follows:

Ultimately, one strong line of thinking in the proposal is that OSHA wants to allow employers to continue to use effective and safe solutions that they have already identified and are applying. 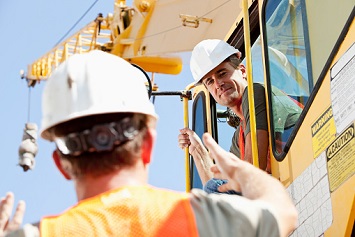 Regarding the qualifications of the person who conducts evaluations, OSHA has preliminarily concluded that it is not necessary to prohibit all nonoperators or noncertified personnel from conducting evaluations of operators, preferring to maintain employer flexibility in choosing who may perform the evaluation as long as evaluators have the necessary knowledge and experience. OSHA is seeking public comment on this provision.

“For example, are there other criteria that the evaluator should satisfy?” asks OSHA. “Should OSHA require that the evaluator be an operator, have been an operator, or at least pass the written portion of certification testing? Why or why not? OSHA is interested in public comments on whether an individual can effectively evaluate an operator without having previously operated the same or similar equipment.”

OSHA estimates the proposed requirements would impose on industry annual costs of $1,425,133 for the performance of operator competency evaluations; $59,479 for documenting those evaluations; and $90,649 for any additional training needed for operators. But the real economic impact is expected to be the savings—estimated at more than $25 million—from eliminating the requirement that crane operators be certified by capacity.