The small western Massachusetts town of Blandford, population 1200, has lost its four-person town police force. The entire department resigned as a result of what they claim are unsafe working conditions and outdated equipment. 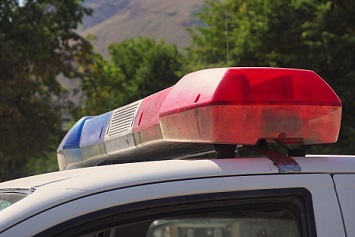 The mass resignation was led by Interim Police Chief Roberta Sarnacki and was joined by the other three officers on the force. In a statement, the Chief and officers stated that “We regret leaving the town without a town police force, but we have no choice given the situation we face … We refuse to put our lives on the line anymore for a town that seemingly cares so little about us.”

While the resigning officers cited comparatively low wages of $14 to $15 per hour as one of their grievances (a Blandford selectwoman noted that the total budget for the police force is around $47,000), they also cited a number of safety concerns facing members of the department, including:

Their statement addressed the car specifically by noting, “Officers look pretty ridiculous patrolling with sweat dripping down their face and seated in such a position that one would use to take a nap.” Apparently, the situation necessitated officers to frequently respond to calls using their personal vehicles.

The resigning officers believe that a proposed police department merger with the nearby town of Chester has led to neglect of their concerns, although the town administrator disputes the claims of unsafe working conditions.

We should also note that when Blandford residents call 911, there is someone listening—the Massachusetts State Police respond to the vast majority of calls in the area and stated that “We maintain our commitment to the town and will assume any additional duties required in the wake of the resignations of local officers. The residents of Blandford may be assured that the State Police will continue to protect their community.”