Struck-by object is one of OSHA’s Construction Focus Four topics (along with falls, electrocution, and caught-in-between), collectively the four hazards that year-to-year result in more than half the fatalities in the construction industry. 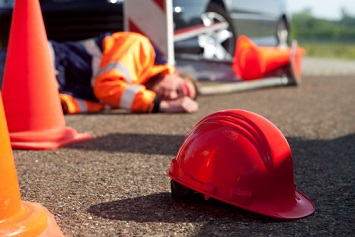 For 2016, the Bureau of Labor Statistics reported that contact with objects or equipment caused 761 fatalities in the entire workforce. Among the Focus Four, struck-by comprises the widest range of individual hazards, consisting of struck by a flying object, a falling object, a swinging or slipping object, or a rolling object.