The EPA’s proposed Significant New Use Rule (SNUR) for asbestos (June 11, 2018, Federal Register (FR)) has generated strong and almost universally negative reactions, many of which can be viewed in the Agency’s rulemaking docket.

Several objections to the proposal were also voiced by EPA staff members in internal Agency e-mails; the e-mails were obtained by and made public by The New York Times. Health advocacy groups have also spoken out against the proposal. To date, the regulated sectors have had little to say, but one comment by the American Institute of Architects (AIA), which has attracted news coverage, agreed that the proposal is the wrong step, and the Agency “should use its existing regulatory authority to establish a blanket ban on the use of asbestos.”

Before the 2016 amendments to the Toxic Substances Control Act (TSCA), the EPA’s most notable action on asbestos was a 1989 final rule that required a phaseout of the manufacture, importation, processing, and distribution in commerce of asbestos in almost all products. But TSCA, as it was originally written, placed such a high burden on the Agency to justify a ban on an existing substance that that Agency could not convince a court that the rule was legal, and the rule was overturned. The EPA has been successful in banning the use of asbestos in five products (corrugated paper, rollboard, commercial paper, specialty paper, and flooring felt), as well as all new commercial uses that begin after August 25, 1989.

The 2016 TSCA amendments substantially increased the EPA’s authority to institute a total ban on asbestos, and the public and other stakeholders have called for the Agency to do so. Instead, in the June 2018 proposal, the EPA decided to place requirements on any future use of asbestos in 14 product categories (see list below) wherein asbestos is currently not used. Specifically, persons subject to SNUR would be required to notify the Agency at least 90 days before commencing any manufacturing (including importing) or processing of asbestos (including as part of an article) for a significant new use related to these products.

The EPA has pointed out that the proposal would not authorize the use of asbestos in these products; rather, under SNUR regulations, the Agency can take any number of actions regarding a significant new use, including prohibiting the manufacturing, processing, and import of the substance. “Without the proposed SNUR, EPA would not have a regulatory basis to restrict manufacturing and processing for the new asbestos uses covered by the rule,” an EPA spokesperson told The Daily Caller. 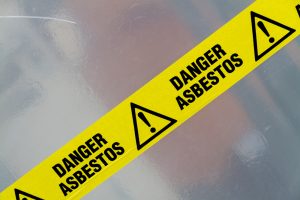 But SNUR authorities do not eliminate the possibility that asbestos could be reintroduced into the listed product if the Agency determines that it can be done safely. That would not be possible, say those who oppose the proposal. They note that there is no safe level of exposure for any type of asbestos. While the body can expel some asbestos, other fibers can become lodged in the lungs for many years or may never be removed.

“This risk is especially acute for those who mine the vermiculite and those who work in demolition construction, but it is also significant for anyone who disturbs the materials once installed, whether homeowners, contractors, facilities staff, or others,” wrote Sarah Dodge, the AIA’s senior vice president of Advocacy & Relationships. “This risk far outweighs any benefits that could be considered within the use of asbestos. As part of the Significant New Use Rule, the AIA urges the EPA to rule against the use of asbestos in all cases.”