In a proposal, the EPA states that existing emissions limits for hazardous air pollutants generated by three industry sectors engaged in coating operations sufficiently protect people from the risk of cancer. 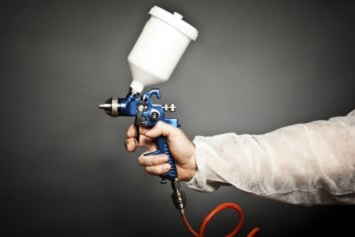 Also, following a technology review, the Agency is proposing to require that operators in two of these sectors use high-efficiency spray equipment under certain circumstances. In addition, the EPA is soliciting public comments on several other potential new requirements affecting performance testing and the use of a work practice standard during malfunctions when it is not feasible to meet the emissions limits.

The proposal addresses three existing National Emissions Standards for Hazardous Air Pollutants (NESHAPs)—for surface coating of large appliances; for printing, coating, and dyeing of fabrics and other textiles; and for surface coating of metal furniture (the NESHAPs for these sectors were promulgated in 2002, 2003, and 2003, respectively).

Under the Clean Air Act, the EPA must conduct a residual risk review of existing NESHAPs to determine if they protect public health with an ample margin of safety and set more stringent standards if that margin is found not ample.

Furthermore, every 8 years after a NESHAP is promulgated, the Agency must conduct a review to determine if there have been new technological developments that may be appropriate to incorporate into the standards. Together these two reviews are called residual risk and technology reviews (RTRs).

In the residual risk portion of the RTRs, the EPA starts with the premise that an individual lifetime cancer risk no higher than 100 in 1 million meets the ample-margin-of-safety criterion. Should the risk be found higher than that threshold, the Agency must determine if the risk can be lowered to an acceptable level through more stringent emissions limits. The current residual risk assessment found the following lifetime cancer risks:

Hence, the Agency concluded that in each case, the ample-margin-of-safety threshold is being met, and no adjustments to the existing emissions limits are needed.

Under its technological review, the EPA found that since promulgation of the original NESHAPs, sources in both the surface-coating-of-large-appliances and metal-furniture categories have widely adopted high-efficiency spray equipment. Accordingly, the Agency is proposing to require the use of high-efficiency sprayers for both categories. This requirement is proposed only for sources using spray application equipment without emissions capture (a permanent total enclosure) and a control device.

The Agency is also requesting comments on the following:

As with other NESHAP and RTR revisions, the proposal would eliminate the start-up, shutdown, and malfunction exemptions and also require facilities to submit electronic copies of compliance reports, including performance tests.

The EPA estimates the economic impact of the proposal changes as follows:

The proposal was published in the September 12, 2018, Federal Register (FR).