Late last week, a series of explosions across several towns in Massachusetts resulted in one fatality and several injuries. The incident, its aftermath, and the resulting investigations and lawsuits are a reminder of the costliness of failing to conduct proper maintenance and monitoring of equipment to ensure its safe operation and performance. 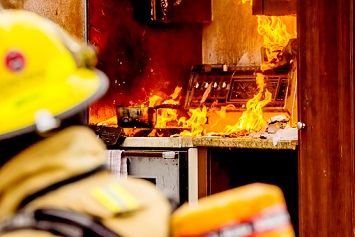 On the evening of Thursday, September 13, the eastern Massachusetts towns of Lawrence, Andover, and North Andover were rocked by a series of explosions and fires that were later linked to gas pipelines operated by Columbia Gas. Reports indicated that officials responded to 70 house fires, explosions, or reports of gas odors, and about 8,600 people were displaced by the incident.

The Associated Press reported that the “Columbia Gas company had announced earlier Thursday that it would be upgrading gas lines in neighborhoods across the state, including the area where the explosions happened,” but it was not immediately clear if work was being conducted at the time of the explosions.

Lawsuits in the Aftermath

On the following Tuesday, September 18, lawyers filed a class action lawsuit against Columbia Gas and its parent company, NiSource. The complaint blames the catastrophe on “antiquated” and unsafe gas lines that caused an overpressurization of the system.

A letter sent by Massachusetts Senators Elizabeth Warren and Ed Markey to executives at Columbia Gas and NiSource further described the unsafe conditions that led to the disaster: “The gas pressure in the Columbia Gas system should have been around 0.5 pounds per square inch (PSI), but readings in the area reached at least 6 PSI—twelve time higher than the system was intended to hold.”

The excessive pressure was registered in a company-run control room in Columbus, Ohio, the National Transportation Safety Board (NTSB) reported—and was registered hours before the incidents. The senators are demanding more information, which will no doubt come to light in the coming days and weeks. However, the costs, both human and financial, are already staggering.

This is, of course, not the first high-profile catastrophe that illustrates that these types of costs create a strong business case for continuous facility improvements and investing in better equipment. These incidents should serve as a reminder to EHS and facilities management professionals that proper maintenance and, if necessary, replacement of equipment and aging infrastructure cannot be ignored.