Shortly after the Trump EPA proposed to replace the Obama EPA’s Clean Power Plan with its more industry-friendly Affordable Clean Energy (ACE) rule, the Massachusetts Supreme Court went in the opposite direction by denying a petition to overturn a state regulation imposing a progressive cap on greenhouse gas (GHG) emissions for the power sector. 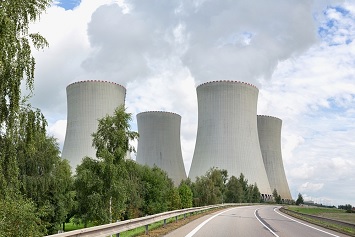 The decision highlights the tension between federal efforts to promote fossil fuel electricity generation and the trend in some states to promote renewable energy to mitigate emissions of GHGs and their impact on the global climate.

The case (New England Power Generators Association et al. v. Mass. Department of Environmental Protection [DEP]) revolves around two sections of Massachusetts’ 2008 Global Warming Solutions Act (Act), which, the court notes, “was passed to address the grave threats that climate change poses to the health, economy, and natural resources of the Commonwealth.”  Section 3(d) of the Act requires that the commonwealth reduce its statewide GHG emissions by at least 80 percent below 1990 level by 2050. Increasingly stringent emissions caps are also required for 2020, 2030, and 2040. In August 2017, the DEP published final regulations to implement the statute. The regulations included a provision that required retail sellers of electricity to purchase their gradually increasing amounts of power from nonemitting sources. By 2050, a minimum of 80 percent of retail electricity sold to Massachusetts customers must be from these clean energy sources.

According to the plaintiffs, the DEP acted unlawfully under the Act because provision 3(c), which precedes 3(d), directly addresses the electric power sector. Section 3(c) states that “emissions levels and limits associated with the electric sector shall be established by the executive office and the department, in consultation with the department of energy resources, based on consumption and purchases of electricity from the regional electric grid, taking into account the regional greenhouse gas initiative [RGGI] and the renewable portfolio standard.”

The plaintiffs argued that the state may not impose an emissions cap on electricity generators under the statewide cap because Section 3(c) specifically and separately regulates the electric sector.

The state countered that although Section 3(c) sets out specific procedures and requirements for regulation of the electric sector, it does not prohibit the department from imposing a declining emissions cap on that sector pursuant to Section 3(d) as long as the limits satisfy Section 3(c).

The Court was persuaded by the state argument.

“We conclude that section 3(c) and section 3(d) complement each other and that the electric sector is one of the multiple categories of sources of emissions that may be regulated under section 3(d),” the Court stated. “Furthermore, the [DEP’s] determination that it must impose decreasing emissions limits on the electric sector to accomplish its essential statutory purpose is amply supported.”

The Court added that to achieve its goal of reducing emissions by at least 80 percent by 2050, the commonwealth must achieve a significant reduction in GHG emissions from transportation, the heating of buildings, and the electric sector. Because a significant percentage of vehicles and building systems must be electrified as a way to reduce GHG emissions, cutting emissions from the electric sector is a crucial initial step to achieving long-term progress in combatting climate change.