The National Labor Relations Board (NLRB) is on track to settle once and for all the question of what constitutes joint employment, and the standard being pursued is seen as employer-friendly for those that use a franchise business model as well as those using temporary staffing agencies. 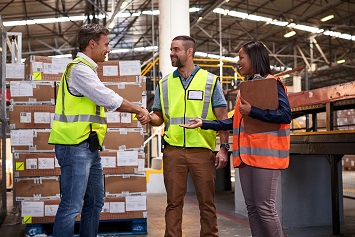 The Board made the announcement on September 13 and published a Notice of Proposed Rulemaking (NPRM) on joint employment in the September 14 Federal Register. The new rule aims to return to a more employee-friendly standard than has been in place recently.

Brian Garrison, an attorney with Faegre Baker Daniels LLP in Indianapolis, Indiana, also says employers should see the Board’s action as a positive development—not just because of the content of the rule but also because of the permanence that comes with a rule rather than a case decision.

But Garrison cautions that employers need to realize if they are exercising direct control over another employer’s employees, they still will be seen as being in a joint-employment relationship and will face joint-employer liability. The rule is “not a cure-all for all the risks,” he says, and employers still will need to “exercise caution and care” in how they engage with employees.

The Board’s announcement of the NPRM says that under the proposed rule “an employer may be found to be a joint-employer of another employer’s employees only if it possesses and exercises substantial, direct and immediate control over the essential terms and conditions of employment and has done so in a manner that is not limited and routine.”

The announcement also says that under the rule, “Indirect influence and contractual reservations of authority would no longer be sufficient to establish a joint-employer relationship.”

Publishing the NPRM is the latest in a series of actions aimed at determining what puts two or more employers in a joint-employment relationship under the National Labor Relations Act. The standard has gone back and forth in recent years between employer-friendly and employee-friendly standards.

In 2015, with a Democratic majority, the five-member Board decided a case involving Browning-Ferris Industries of California. The Board’s decision changed previous precedent and created a standard that said an employer can be deemed a joint employer of another employer’s employees if it exercises even indirect control over the workers, a standard much less employer-friendly than the definition of joint employment employers were accustomed to.

Then in December 2017, with a Republican majority, the Board returned to the previous, more employer-friendly standard in a case involving Hy-Brand Industrial Contractors, Ltd. But in February 2018, the Board vacated that decision after conflict-of-interest accusations against Board Member William J. Emanuel arose over his former law firm’s involvement in the Browning-Ferris case. 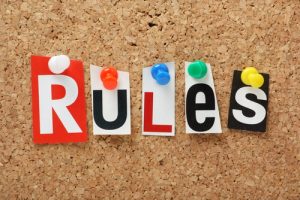 Decision to Use Rulemaking

NLRB Chairman John F. Ring sent a letter to a group of U.S. senators on June 5 announcing that the Board had begun the process necessary to issue a proposed rule. Instead of rulemaking, often the Board settles labor law issues through adjudication, as it did in the Browning-Ferris and Hy-Brand cases. But since case decisions can be changed when the Board takes up other cases, rulemaking may provide a more stable standard.

“The Board’s decision to revise this test through rulemaking rather than decisional law is somewhat unusual but reflects the vicissitudes of the Board’s recent decision making on this issue,” Williams says.

With the standard fluctuating, Williams says employers like McDonald’s “have been caught in the mix,” trying to defend against changing standards. He says having a formal rule will provide certainty.

“Rulemaking is also more adept at defining universal standards, rather than the fact-specific standards that often emerge from individual cases,” Williams says.

Garrison says the decision to use rulemaking “really is a workaround” to the ethics issues that spurred the Board to vacate its Hy-Brand decision. Such issues could come up again in future cases. By choosing rulemaking, the Board can avoid what is often seen in NLRB cases—the party holding a Board majority changes a standard set in a decision handed down when the other party was in power.

Implementing a new rule won’t be a quick process, though, since the Board can expect many comments on the issue. Garrison says it will take “significant work” to respond to comments and address them before implementing a final rule.

In its September 13 announcement, the Board said rulemaking on the issue “would foster predictability, consistency and stability in the determination of joint-employer status.”

The Board’s announcement also said the proposed rule “reflects the Board majority’s initial view, subject to potential revision in response to public comments, that the National Labor Relations Act’s intent is best supported by a joint-employer doctrine that does not draw third parties, who have not played an active role in deciding wages, benefits, or other essential terms and conditions of employment, into a collective-bargaining relationship for another employer’s employees.”

Where to Send Comments

Public comments on the proposed rule will be accepted for 60 days after its publication in the Federal Register. Comments can be submitted electronically through www.regulations.gov, or they can be sent by mail to Roxanne Rothschild, Deputy Executive Secretary, National Labor Relations Board, 1015 Half St. S.E., Washington, D.C. 20570-0001.