The EPA’s promulgation of multiple rules since 2001 to protect aquatic species that get swept into (entrainment) and against (impingement) industrial cooling water intake structures (CWISs) has met with legal challenges from both environmental groups and industry. 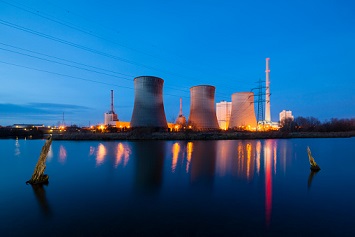 In several cases, the U.S. Court of Appeals for the 2nd Circuit has found merit in the complaints; accordingly, the court has remanded portions of the rules to the Agency for reconsideration and revision. But in the latest judicial action, a 2nd Circuit panel has denied requests to vacate many provisions in an Agency CWIS rule that primarily affects existing facilities (August 15, 2014, Federal Register (FR)). Petitioners also asked the court to set aside a biological opinion the U.S. Fish and Wildlife Service and the National Marine Fisheries Service (Services) issued detailing how the rule impacts species protected under the Endangered Species Act (ESA). The panel denied that petition as well.

The panel’s opinion affirms every challenged portion of regulations issued by the Obama EPA and which the Trump EPA has decided to stand behind, an unexpected position given the high profile of industry petitioners, which included the American Petroleum Institute (API). Generally, the panel found that “both the final rule and the biological opinion are based on reasonable interpretations of the applicable statutes and sufficiently supported by the factual record.”

The challenged rule, which itself was written to comply with a court remand, applies to existing power plants and manufacturing facilities as well as new units at existing facilities that use CWISs to withdraw more than 2 million gallons of water per day, of which 25 percent or more is used for cooling. The rule established impingement and entrainment standards and implements several processes to ensure compliance with the ESA. Before the rule was promulgated, the EPA and the Services resolved most of their disagreements over the prospective impact of the rule on listed species; this resulted in the Services stating in its biological opinion that compliance with the rule was not likely to jeopardize the continued existence of listed species or adversely modify critical habitat within the meaning of the ESA.

In its decision, the panel organizes complaints against the EPA’s rule under 13 headings. Selected complaints and panel responses are summarized as follows.