Under a new EPA proposal, approximately 310 sources subject to monitoring under the Agency’s NOx SIP Call regulations would be able to use options to the emissions monitoring requirements now required by the regulations. 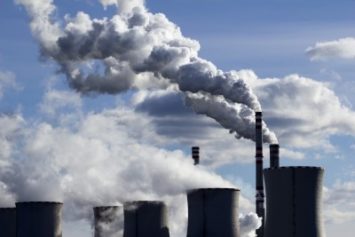 According to the proposal (September 27, 2018, Federal Register (FR)), states are meeting their NOx SIP Call statewide emissions budgets assigned to the sources by substantial margins. Accordingly, the EPA says it believes that other lower-cost forms of monitoring for these sources can provide sufficient assurance that the NOx SIP Call’s required emissions reductions will continue to be achieved.

Promulgated by the EPA in 1998, the NOx SIP Call requires 20 states and the District of Columbia to revise their Clean Air Act (CAA) state implementation plans (SIPs) to reduce seasonal nitrogen oxides (NOx) emissions contributing to interstate ozone pollution. Since implementation of emissions controls under the NOx SIP Call began in 2003, the regulations have required these jurisdictions to include provisions in their SIPs under which certain large electricity generating units (EGUs) and large non-EGU boilers and turbines must monitor their seasonal NOx emissions according to the procedures in 40 CFR Part 75.

The proposal would not affect most large EGUs. These units would still be required to use 40 CFR Part 75 NOx monitoring, which is mandatory under the emissions trading programs of the CAA’s Acid Rain Program and CSAPR. The EPA emphasizes that the proposed changes would have no effect on the emissions budgets that states are subject to under the NOx SIP Call.

CEMS Can Be Discontinued

The proposal does not go into extensive detail about which kinds of alternative monitoring the sources would adopt in place of the 40 CFR Part 75 provisions. However, the EPA notes that about 230 units currently using continuous emissions monitoring systems (CEMS) may ultimately be able to discontinue use of stack gas flow rate CEMS, gas concentration CEMS, or both, to the extent that the units do not face similar monitoring requirements under other state or federal regulations.