A provision in the Agriculture and Nutrition Act of 2018 (Farm Bill), which passed in the U.S. House of Representatives in June 2018, would provide a definition that clarifies that retail facilities that receive more than half of their income from direct sales to end users or consumers, including farmers and ranchers, are exempt from OSHA’s process safety management of highly hazardous chemicals (PSM) standard (29 CFR 1910.119). The provision would ensure that OSHA does not revert to an interpretation of retail facilities the Agency included in a 2015 memo that was vacated by the DC Circuit. 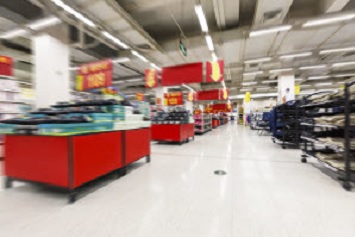 The Senate version of the Farm Bill, which has also passed, does not include the House Bill definition of retail facilities. The two chambers have not yet agreed on a single bill to send to the president. Both bodies will soon be in recess, and it will likely not be known whether a final compromise bill includes the House definition of retail facilities until after the November elections. The pre-existing 5-year Farm Bill expired September 30, 2018.

OSHA’s PSM Standard requires that employers manage hazards associated with processes using highly hazardous chemicals. The standard establishes a comprehensive management program that integrates technologies, procedures, and management practices. While the PSM standard exempts retail establishments, it does not define what a retail establishment is. The assumption behind the exemption was that hazardous chemicals would be present in these facilities only in small volumes. Eventually, OSHA defined a retail facility as one that derived more than 50 percent of its income from direct sales of highly hazardous chemicals to the end user; this called the 50 percent test.

In 2013, an explosion involving stored ammonium nitrate at a West, Texas, fertilizer facility resulted in 15 deaths. Because the facility met the 50 percent test it was not subject to the PSM standard. In 2015, President Obama issued an Executive Order directing federal agencies to take action to prevent the occurrence of incidents at facilities that hold large amounts of hazardous chemicals.

In a followup memo issued in 2015, OSHA provided a new interpretation that made the definition of a retail establishment “consistent with the intent described in the preamble to the final PSM rule and to match the common definition of retail establishment used by the Department of Commerce.” The guidance rescinded the 50 percent test and stated that OSHA would interpret the retail facility exemption as it is defined by the North American Industry Classification System (NAICS) Manual, which states: “Only facilities, or the portions of facilities, engaged in retail trade as defined by the current and any future updates to sectors 44 and 45 of the NAICS Manual may be afforded the retail exemption.”

In September 2016, the DC Circuit ruled that OSHA’s 2015 memo constituted illegal issuance of a standard because the Agency did not abide by the notice-and-comment procedures of the Administrative Procedures Act.

“Under our decisions, when an action by OSHA corrects a particular hazard, as opposed to adjusting procedures for detection or enforcement, it amounts to a ‘standard,’” the Court stated. “Applying that understanding, we conclude that the agency’s narrowing of the substantive scope of the exemption for retail facilities qualified as issuance of a ‘standard.’ We therefore have jurisdiction, and OSHA was required to adhere to notice-and-comment procedures. Consequently, we grant the petitions for review and vacate OSHA’s action.”

Further, with respect to other industries subject to PSM coverage, the memo stated that compliance officers should exercise enforcement discretion with respect to retail facilities that have highly hazardous chemicals in small volume packages, containers, and allotments, “making a release unlikely.”

The House Farm Bill give the 50 percent test statutory status. In the context of the PSM standard, the bill states:

“… the definition of the term ‘retail facility,’ when used with respect to a facility that provides direct sales of highly hazardous chemicals to end users or consumers (including farmers or ranchers), means a facility that is exempt from such standard because such facility has obtained more than half of its income during the most recent 12-month period from such direct sales.”

The House Farm Bill is at https://agriculture.house.gov/uploadedfiles/agriculture_and_nutrition_act_of_2018.pdf.