In response to separate petitions for reconsideration from the Sierra Club and two affected companies, the EPA has amended its National Emissions Standards for Hazardous Air Pollutants (NESHAP) for the Manufacture of Amino/Phenolic Resins (APR). The primary changes involve revised emissions limits for continuous process vents (CPVs) at existing sources and a revision to emissions standards for fixed-roof storage vessels when the emissions control system roof for the vent on the vessel’s roof is shut down for planned routine maintenance. The final rule provides the 11 to 16 facilities affected by the amendments 1 year, until October 15, 2019, to meet the revised requirements. 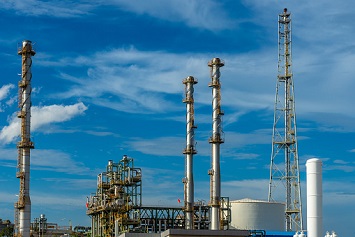 APRs are used in the manufacture of plywood, particle board, adhesives, wood furniture, and plastic parts. The EPA issued the original NESHAP for this source category in 2000. In 2014, as required by the Clean Air Act, the Agency completed its residual risk and technology reviews (RTRs) of the 2000 standards. In the residual risk portion of the review, the Agency found that the standards protected public health with an ample margin of safety. Based on its technology review, the EPA has issued maximum achievable control technology (MACT) standards for CPVs for the first time.

The Agency received petitions for reconsideration from the Sierra Club, Tembec BTLSR (now Rayonier Advanced Materials Inc.), and Georgia-Pacific. The Tembec and Georgia-Pacific petitions stated that the production-based emissions limit in the 2014 rule of 1.9 pounds (lb) of hazardous air pollutants (HAPs) per ton of resin produced was not achievable for back-end CPVs, and they expressed concern over the data and calculation methodology used to set the HAP emissions standard for CPVs at existing affected sources.

The Sierra Club raised concerns regarding the exclusion of HAP emissions data from front-end CPVs, stating that the EPA did not adequately explain why the urea formaldehyde concentrate (UFC) HAP emissions data were not included in the analysis to calculate the MACT floor for CPVs and asserting that the EPA must include all existing sources in the MACT floor analysis. Sierra Club argued that if the EPA had included Georgia-Pacific’s UFC front-end CPV, the HAP emissions standard for CPVs would have been more stringent.

In its final amendments, the EPA addresses portions of the petitions for reconsideration, noting that other parts of those petitions will be addressed in future rulemaking. In the current action, the Agency:

Overall, the Agency believes the final revisions will reduce the total $4.2-million-per-year cost of complying with the 2014 rule to $2.1 million in 2014 dollars.

The final revisions were published in the October 15, 2018, Federal Register (FR).