In September 2018, the EPA added five sites in five states to the National Priorities List (NPL) of the Comprehensive Environmental Response, Compensation, and Liability Act (CERCLA or Superfund). 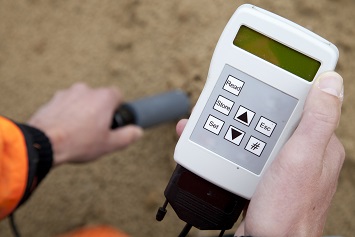 Adding or deleting NPL sites is a common occurrence. Under the Trump EPA, deletions in particular have picked up; the Agency recently announced that it has fully or partially deleted 22 sites from the NPL, the largest number of deletions since 2005. But one new development that may increase the number of additions to the NPL is the Agency’s expansion of the Superfund Hazard Ranking System (HRS) by way of a subsurface intrusion pathway. Specifically, in the September 2018 action, the EPA for the first time added two sites to the NPL solely because of subsurface intrusion.

Subsurface intrusion refers to the migration of hazardous substances, pollutants, or contaminants from the subsurface environment into overlying structures. Intrusion can occur either by vapor or groundwater, although vapor is the far more common medium. When water intrudes, e.g., through basement flooding, contaminants can vaporize from the floodwater directly into the indoor air. The major concern is when vapor intrudes into the environments of occupied structures, which is the case with the two new NPL sites.

Not Addressed at the Source

According to the Agency, when the HRS was issued, available science and sampling methods were not considered sufficient to evaluate subsurface intrusion threats for scoring purposes.

Subsurface intrusion was addressed in Superfund remediations, but only after sites were placed on the NPL. The problem was that sites where subsurface intrusion posed significant threats would not be added to the NPL if the threats from the traditional pathways were not sufficient to pass the listing test. This created a substantial gap in environmental protection because no other federal regulatory program was available that consistently investigated and permanently remediated the source of the threat when subsurface intrusion was the only exposure route. The Superfund removal program authorized the Agency to interrupt the migration of contaminant vapors, for example, by installing vapor mitigation systems in the structure itself. But without a Superfund listing, the EPA did not have the authority to remediate the source of the vapor.

The EPA addressed this issue in January 2017 when it issued a final rule to add the subsurface intrusion component to the HRS. At that time, the Agency noted that when the HRS was last revised in 1990, the technology to detect and evaluate subsurface intrusion threats was not sufficiently developed. For example, there were no health-based benchmark concentration values for residences or standardized technologies for sampling indoor air, precision of analytical equipment before computerization was limited, and associations between contaminated groundwater and soil vapors were not well understood. However, it is now possible for subsurface intrusion threats to be evaluated in a more comprehensive manner, the Agency added.

Addition of the subsurface intrusion pathway did not affect the status of sites now in the Superfund program; the change only affected the criteria for applying the HRS to future site evaluations. Furthermore, the EPA said it had no plan to go back and reevaluate sites that had previously not met the 28.5 cutoff score. Neither did the change affect the 28.5 cutoff score itself, and the weight given to each pathway remained the same—that is, each pathway is given the same weight in an HRS evaluation.

Placement of a site on the NPL indicates that further investigation is warranted. There is no assumption of a need for remedial action.

More information about NPL sites, both added and proposed for addition, is at https://www.epa.gov/superfund/current-npl-updates-new-proposed-npl-sites-and-new-npl-sites.