On the opening day of the 2018 National Safety Council (NSC) Congress and Expo in Houston, Texas, the NSC unveiled a memorial to the opioid epidemic meant to commemorate its victims and emphasize the role employers can play in combating the crisis. 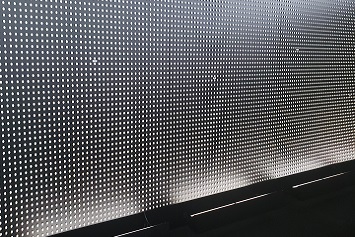 The memorial, Prescribed to Death, first launched in Chicago last November and has made numerous stops around the country since then. It consists of a wall of 22,000 small white pills, each carved with a human face to represent an individual who fatally overdosed on an opioid.

According to the NSC, over 7 in 10 employers are directly impacted by prescription misuse in the workplace. Impacts range from performance issues and absenteeism to safety lapses and fatal overdoses on the job. However, only 19% feel extremely prepared to deal with prescription drug misuse, and 81% lack a comprehensive drug-free workplace policy.

Characterizing the epidemic as the “worst drug crisis in U.S. history,” Hersman noted that “employers are at the front lines, and many do not realize it.” However, Hersman highlighted three concrete steps employers can take to help.

First, employers can encourage employees to talk to their healthcare providers about the risks of opioid use. According to the NSC, many patients taking prescription opioids do not even realize their medications contain the addictive substances. The NSC has developed “Opioid: Warn Me” labels for insurance and pharmacy cards to prompt more communication about the presence and risks of opioid medications and available nonaddictive alternatives. Employers can order these labels from the NSC free of charge and distribute them to employees.

Second, employers can encourage employees to clean out their medicine cabinets—and do so themselves. The NSC states that 64% of opioid users do not obtain them from a valid prescription, but from family or friends. Many people may have leftover opioid painkillers from dental work, injuries, surgical procedures, or other sources, and these medications can easily fall into the wrong hands and become lethal. To facilitate this step, the NSC has partnered with Stericycle to offer prepaid Seal&Send envelopes to allow for the easy, anonymous disposal of old or unused prescriptions.

Finally, employers can implement policies addressing prescription drug use and develop employee assistance programs (EAPs) to allow employees struggling with addiction to obtain the necessary treatment. According to Hersman, employer-initiated treatment is often more effective than treatment initiated by family or friends, and employers are therefore uniquely positioned to make a significant positive impact in addressing the opioid crisis. 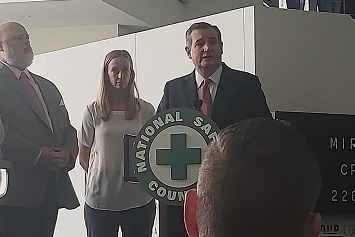 Senator Cruz communicated his support for the NSC’s efforts and shared the story of his sister, Miriam, who died from an accidental opioid overdose in 2011. Cruz emphasized the widespread impact of the opioid epidemic, noting that people from every state, people of every race or ethnicity, people of every gender, and people across socioeconomic strata have been victims.

Cruz advocated for policy-based tools to combat the crisis, including recently passed legislation that aims to expand access to treatment centers and promote research into nonaddictive alternatives to opioids. He also called for cultural change in the medical profession to shift prescribing practices and education and outreach to drive home the risks that may be lurking in every medicine cabinet.

The memorial will be available for public viewing in Houston through Wednesday, October 24.