An OSHA standard to mitigate workplace violence in healthcare facilities does not appear to be on the horizon, but this is not because OSHA is not aware of the main provisions that would be included in such a standard. In fact, it is not uncommon for OSHA to issue citations against healthcare employers whose employees are attacked, harmed, threatened, or verbally abused in ways employers know can occur and for which there are reasonable and readily available preventive measures employers are also aware of. 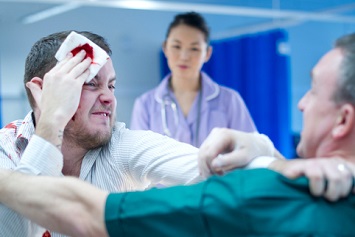 Accordingly, the citations contain explicit instructions on measures the employer can take to protect employees from violence. Should OSHA eventually issue a workplace violence standard, employers that have already adopted these measures will be ahead of the game in coming into compliance.

Measures needed to abate workplace violence hazards at a healthcare facility may be extensive, and for some employers, they may be costly. At the same time, OSHA’s penalties for failing to provide healthcare employees with a safe working environment, as required by the General Duty Clause, can exceed $200,000, especially if they are found to be serious or repeat violations.

In one of the more recent cases, OSHA proposed a penalty of $14,505 because of a healthcare employer’s alleged failure to protect employees from “physical assaults such as biting, kicking, punching, and scratching that resulted in serious physical injuries such as but not limited to lacerations, contusions, sprains, strains, headaches, and concussions.”

Under the citation, the employer was given a little more than 2 months to abate the hazards. OSHA’s citation goes on to provide 4 pages of possible abatement measures. The employer is not required to adopt each and every measure, but the employer must provide OSHA with an abatement certification letter that describes the measures it adopts to effect abatement. All employees must be informed of the measures. Moreover, OSHA must be satisfied that measures it believes will be effective have, in fact, been adopted.

Abatement measures described in the citation include:

OSHA provides additional information about workplace violence and its prevention at https://www.osha.gov/dsg/hospitals/workplace_violence.html.