The U.S. Chemical Safety and Hazard Investigation Board (CSB) is once again drawing attention to the hazards of combustible dust in the workplace. As part of its investigation into a May 2017 explosion at a milling facility in Cambria, Wisconsin, which fatally injured five workers and demolished the facility, the CSB has issued a call to action to gather comments on the management of combustible dust from companies, regulators, inspectors, safety training providers, researchers, unions, and the workers affected by dust-related hazards. 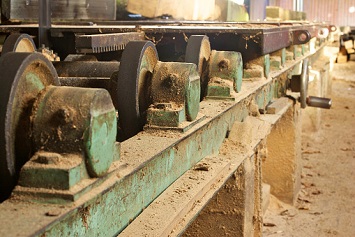 The call to action lists 11 “very fundamental” questions, the answers to which the CSB says will add to its understanding of issues such as a “safe level” of dust; improving worker recognition of dust hazards; how to measure a “clean” facility; the frequency of fires that do not result in explosions; and the best way stakeholders can share information about dust hazards and measures to prevent incidents.

The CSB says it will review all responses submitted by November 26, 2018; comments can be e-mailed to combustibledust@csb.gov.

Where Is OSHA’s Rulemaking?

The CSB notes that it has made four recommendations to OSHA to issue a general industry standard specific to combustible dust. In 2009, OSHA announced that it was beginning development of such a standard. But in 2017, the Agency removed the action from its regulatory agenda.

OSHA points out that nine of its general industry subparts include provisions that address certain aspects of combustible dust hazards. Some are industrywide and others are industry-specific. In addition, OSHA points to the General Duty Clause of the Occupational Safety and Health (OSH) Act, which requires an employer to “furnish to each of his employees employment and a place of employment which are free from recognized hazards that are causing or are likely to cause death or serious physical harm to his employees.”

In 2006, the CSB identified 281 combustible dust incidents between 1980 and 2005. One hundred and nineteen workers were fatally injured, 718 more were hurt, and industrial facilities were extensively damaged. The incidents occurred in 44 states, in many different industries, and involved a variety of different materials, says the CSB. Since publication of the study in 2006, the CSB has confirmed an additional 105 combustible dust incidents. The CSB says it has investigated 5 of these incidents, which alone have taken the lives of 27 workers and injured 61 others.

In its “Call to Action” document, the CSB seems particularly concerned about how workers and others at the five investigated facilities perceived dust or its absence. The CSB states:
“In each investigation, one or more witnesses conveyed similar messages to CSB, such as their site was ‘the cleanest it has ever been,’ that ‘people cleaned all the time,’ or that ‘they never thought it [the incident] would happen here.’  Overall, workers and management personnel from the various CSB investigation sites had similar perceptions of their work environments: Dust was present, normal, and maintained at a ‘safe’ or ‘manageable’ level. These commonalities between companies, which differ in their dust-producing operations and their industry (e.g., sugar, corn, automotive insulation), suggest similar real-world challenges exist for each of them regarding the safe identification and management of dust.”

How Much Is Too Much?

Factors that appear to influence perception include:

“Further exploration of these factors may yield new opportunities for accident prevention,” says the CSB.