The EPA and the Tennessee Department of Environment and Conservation (TDEC) are investigating thousands of barrels, apparently stored out in the open and containing chemicals, on a Rocky Top property. 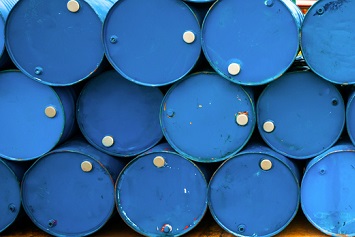 According to the Tennessee Emergency Management Agency, some of the barrels, which were first reported last week, had leaked into a tributary of nearby Coal Creek and onto other surrounding property. What appeared to be carwash soap was in some of the barrels, causing foaming to occur in the creek. It’s hard to say what else may be present—drone footage taken by state officials and the Anderson County Sheriff’s Office shows a hill covered in barrels of multiple colors and not much labeling.

A Jacksboro, Tennessee, resident named Larry Watters has since been cited for improper care and storage of the barrels. Watters advertises on Facebook that he sells barrels.

“The state violation notice listed five violations of clean water laws: greater than an acre of soil had been disturbed without a proper permit; he’d failed to install erosion and sediment control measures; he was improperly storing an ‘unknown blue liquid which entered waters of the state’; he was operating without a permit a recycling center; and he had failed to ‘properly treat industrial stormwater discharge from a recycling operation.’”

Watters has been directed to show how he plans to clean up the property to make it compliant with state law in a hearing at TDEC offices on November 14. He has already been ordered to immediately cap all barrels and totes at the site and to put erosion control measures in place to protect area waters.