The Trump administration’s new Federal Action Plan to Reduce Childhood Lead Exposures and Associated Health Impacts comprises four goals that will be pursued by many of the 17 federal agencies that make up the President’s Task Force on Environmental Health Risks and Safety Risks to Children, which was formed in 1997 by Executive Order. 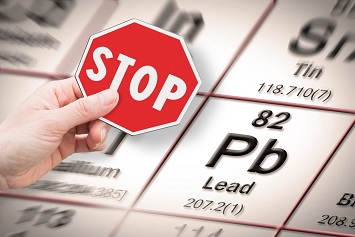 Since its formation, the Task Force has published various documents that address the stubborn persistence of lead in children. The current Action Plan “builds upon” this previous work and “promotes a vision that the United States will become a place where children, especially those in vulnerable communities, live, learn and play protected from lead exposure and its harmful effects,” state the EPA, the Department of Health and Human Services (HHS), and the Department of Housing and Urban Development (HUD), the three Task Force Agencies that developed the Action Plan and to which most of the tasks in the plan have been assigned.

The EPA states that it is “committed to developing an implementation plan – by March 2019 – that includes performance metrics for monitoring progress and demonstrating accountability for EPA actions identified in the Lead Action Plan.”

EPA/HHS/HUD note that the United States has made tremendous progress in lowering children’s blood lead levels. As a result of multiple federal laws and regulations, including the 1973 phaseout of lead in automobile gasoline, the 1978 federal regulation banning lead paint for residential and consumer use, and the 1995 ban on lead in solder in food cans, the median concentration of lead in the blood of children aged 1 to 5 years dropped from 15 micrograms per deciliter in 1976–1980 to 0.7 micrograms per deciliter in 2013–2014, a decrease of 95 percent. Although childhood blood lead levels have been substantially reduced as a result of these actions, some children are still exposed to high levels of lead. For example, non-Hispanic black children, children living in families below the federal poverty level, and children living in older housing have a statistically significant increased risk of higher blood lead levels. No safe blood lead level in children has been identified.

Most of the EPA’s actions are listed under Goal 1 and relate to existing Agency regulations governing children’s exposure to lead-based paint hazards in homes and child-occupied facilities; a potential revision to the Lead and Copper Rule (LCR) promulgated under the Safe Drinking Water Act; management of lead exposure near Superfund sites; and reducing the number of areas in nonattainment with the National Ambient Air Quality Standards (NAAQS) for lead.

Since the EPA had yet to put in place an actual implementation plan, its tasks as described in the Action Plan are somewhat sketchy. For example, the Agency says it will “consider revisions, as appropriate, to the dust-lead hazard standards to address childhood exposures to lead-contaminated dust generated from lead-based paint” (emphasis added). Regarding lead in the ambient air, the EPA says it will “continue to work with state and tribal air agencies to implement the lead NAAQS and will also evaluate the impacts of lead emissions from aircraft using leaded aviation fuel under the Clean Air Act.”

Furthermore, the Action Plan makes it clear that all activities listed therein “are subject to budgetary constraints, interagency processes, stakeholder input and other approvals, including the weighing of priorities and available resources by the Administration in formulating its annual budget and by Congress in legislating appropriations.”

All this has left several environmental groups unenthusiastic about the value of the Action Plan.

“The Lead Action Plan is essentially a repackaged and updated version of the [2016 report Key Federal Programs to Reduce Childhood Lead Exposures and Eliminate Associated Health Impacts],” stated Tom Neltner, Chemicals Policy Director with the Environmental Defense Fund. “The new Plan describes programs that were largely underway during the Obama Administration. The new activities noted in the document are generally related to directives from courts or from Congress, especially for lead in paint and in drinking water. Little has changed other than the window-dressing.”

“This plan does not actually promise to take specific regulatory or enforcement action within any specific time,” said Erik Olson, Senior Director of Health and Food for the Natural Resources Defense Council. “Feel-good promises to ‘consider’ and ‘evaluate’ actions, without time frames or commitments to take specified regulatory or enforcement action, won’t protect children.”

“The Federal Action Plan falls short of the decisive action needed to ‘Get The Lead Out’ of our children’s lives,” commented Environment America. “While the Plan affirms well-established goals—like reducing exposure to lead—it offers no new policy tools or resource commitments to reach those goals, and ensure lead-free drinking water for our children.”

The Action Plan is here.