It was the week before Thanksgiving 2014, and the Hardman family was on their way to a dream family vacation at Disney World in Orlando, when the family’s 16-year-old son, who was driving, briefly nodded off at the wheel. Six of the eight passengers were not wearing seat belts; all six were ejected from the vehicle, and five died, including both parents. When your workers take to the roads this holiday season, will they be safe? Do they know to ensure that drivers are alert, and everybody wears a seat belt? 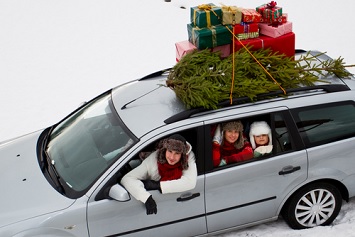 According to the U.S. Bureau of Transportation Statistics, the Thanksgiving and Christmas/New Year’s holiday periods are among the busiest long-distance travel periods of the year. During the Christmas/New Year’s holiday period, the number of long-distance trips (to and from a destination 50 miles or more away) increases by 23%, compared to the average number for the remainder of the year. Most long-distance holiday travel, about 91%, is by personal vehicle, such as by car. With the uptick in motor vehicle traffic comes an accompanying uptick in motor vehicle injuries and fatalities. To stay safe, your workers need to avoid dangerous driving behaviors, and avoid driving while they’re impaired.

Motor vehicle accidents are a leading cause of accidental injury and death in the United States, and accident rates always increase with holiday travel. Make sure workers are aware of and avoid these four dangerous driving behaviors:

Driving Under the Influence

The other dangerous driving behavior, of course, is impaired driving—driving under the influence of alcohol or other substances that can alter alertness, awareness, and reaction time. According to OSHA, alcohol use is involved in 40 percent of all fatal motor vehicle crashes. It is estimated that 3 in every 10 Americans will be involved in an impaired-driving-related crash some time in their life. Alcohol involvement in vehicle crashes is highest at night, on weekends, and on holidays.

Remind your workers of these sobering facts from the National Commission Against Drunk Driving:

Tune in tomorrow, when we’ll look at the holiday hazards of ice and snow removal.