In a letter, Senator Tom Carper (D-DE) asked the Office of Information and Regulatory Affairs, a division of the White House’s Office of Management and Budget (OMB), to resist any action by the EPA to withdraw or otherwise diminish its 2012 Mercury Air Toxics Standards (MATS). 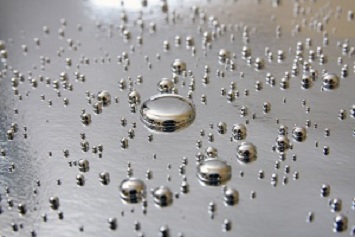 Carper, the Ranking Member of the Senate Environment and Public Works Committee (EPW), was writing at least in part in reaction to news reports that the EPA was planning to reverse its April 2016 decision that it is “appropriate and necessary” to use Clean Air Act Section 112 to regulate emissions of mercury and other hazardous air pollutants from coal- and oil-fired power plants. That decision, called a Supplemental Finding, was necessary after the U.S. Supreme Court ruled in Michigan v. EPA (2015) that the Agency had not sufficiently considered the cost of MATS when issuing the standards. In the Supplemental Finding, the EPA said it had undertaken the required cost consideration and concluded that it did not alter the Agency’s previous determination that it is appropriate and necessary to regulate fossil fuel power plants under Section 112.

According to Carper, the EPA now wants to reconsider the Supplemental Finding because the previous cost consideration was inadequate. Carper refers specifically to statements by William Wehrum, the EPA’s assistant administrator for air and radiation, which indicate that the EPA may only consider quantifiable benefits—that is, benefits that have a specific dollar value—when estimating the benefits of MATS. However, much of the Supplemental Finding was based on qualitative benefits because of the nature of human response to the types of air toxics emitted by power plants.

Carper notes the absence of quantifiable data on air toxics does not neutralize the need for regulation. He states:

“Congress, EPA, and OMB have long recognized that if EPA cannot quantify the benefits that doesn’t mean the benefits do not exist. When 1990 Clean Air Amendments were written—including Section 112(n)—there were few, if any, quantifiable data available on the cancer risks of air toxics and no quantifiable data whatsoever available for non-cancer risks, like birth and neurological defects. Despite the lack of quantifiable benefits, Congress still found it necessary to require EPA to pursue robust regulations to address major sources of air toxics emissions. At the same time, Congress indicated that it was well aware of the limitations of relying exclusively on cost-benefit analysis when assessing air toxics, stating: ‘[T]he public health consequences of substances which express their toxic potential only after long periods of chronic exposure will not be given sufficient weight in the regulatory process when they must be balanced against the present day costs of pollution control and its other economic consequences.’ Based on this legislative history, it is clear Congress did not intend for EPA to ignore public health benefits that could not be quantified into dollars when determining if it is ‘appropriate and necessary’ to regulate power plant air toxic emissions.”

Furthermore, adds Carper, the OMB itself has long recognized the constraints of using cost-benefit analysis when trying to justify a rule, especially when it is difficult to quantify benefits.

“That is why in OMB’s 2003 Circular A-4, EPA and other agencies are required to conduct a complete regulatory analysis that ‘includes a discussion of non-quantified as well as quantified benefits and costs. When there are important nonmonetary values at stake, you should also identify them in your analysis so policymakers can compare them with the monetary benefits and costs,’” Carper writes.

Carper points out that any assertion that industry is adamant about the need to withdraw MATS is questionable. He notes that on July 10, 2018, every major electrical utility trade organization representing coal-fired and other utilities joined with labor organizations in a letter to the EPA that confirmed that power plants have already reduced mercury emissions by nearly 90% over the past decade.

“These reductions are in large part due to the investments that were made to comply with MATS—investments that turned out to be about one-quarter the costs EPA conservatively predicted,” Carper wrote. “The utilities and labor organizations explained that industry compliance with the MATS rule was easier than first estimated, stating that today ‘all covered plants have implemented the regulation [MATS] and that pollution controls—where needed—are installed and operating.’  The letter went on to cite the importance of regulatory certainty given all the investments made to meet the MATS rules and asked EPA to ‘leave the underlying MATS rule in place and effective.’”