Data from the Centers for Disease Control and Prevention (CDC) have been making headlines lately, most of them referring to the decrease in life expectancy in the U.S. due to suicide and drug overdose. The National Safety Council (NSC) found in the numbers another disturbing trend that is of concern to EHS professionals—a rise in accidental death. 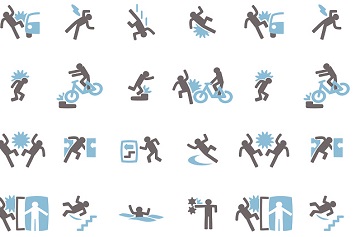 The NSC analysis found the number of deaths from unintentional, preventable injuries rose 5.3% between 2016 and 2017. Among the types of preventable death considered in the NSC analysis were several that are in the wheelhouse of safety professionals, including falls, struck by/against incidents, machinery, electric current, and many forms of transportation.

In a statement, the NSC said that preventable deaths have now reached their highest number in recorded U.S. history – 169,936. Of the three leading causes, preventable injuries was the only category to experience an increase, largely driven by the opioid crisis. An American is killed accidentally every three minutes – by a drug overdose, a motor vehicle crash, a fall, a drowning, a choking incident or another preventable occurrence.

For years, the United States has accepted unintentional injuries as an unavoidable reality. These data show us that our collective complacency costs us 466 lives every day. The truth is, there is no such thing as an accident. We know what to do to save lives, but as a nation, we have not consistently prioritized safety at work, at home and on the road.