In August 2018, OSHA issued a “working paper” that comprised the Agency’s first assessment of the “societal benefits” of its On-Site Consultation (OSC) program. The benefits come in multiple forms—workplace hazards identified, injuries avoided, and monetary benefits, including worker income not lost and costs avoided for employers and workers’ compensation. 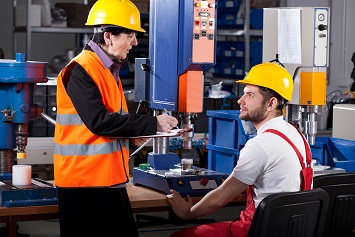 The findings were based on data collected from 2012 to 2016, excluding 2014 because of a lengthy government shutdown that affected the number of OSC visits. Depending on the way OSHA assessed the OSC program, the estimated monetary benefits ranged from $533 million to $1.5 billion.

Since 1975, OSHA’s OSC program has offered no-cost and confidential occupational safety and health services to small and midsize businesses that request the assistance. The consultation program helps employers reduce the likelihood of workplace injuries and illnesses by working with them to identify and correct workplace hazards, provide advice for compliance with OSHA standards, and assist in establishing and improving safety and health programs. Priority is given to high-hazard worksites. The program operates separately from OSHA enforcement efforts, and no fines or penalties are assessed as a result of the visit. However, employers must agree to correct any serious and imminent danger hazards identified in a timely manner. While largely funded by OSHA, the program is administered by local agencies or universities. Because the OSC program is voluntary, requests for an on-site consultation are always initiated by the employer.

For the 4 years for which data were collected, OSHA found that an annual average of 28,514 establishments in the private sector received services through the OSC program. These establishments employed a total of approximately 1.26 million employees, and approximately 37,828 of these employees are “potentially” injured each year. OSHA estimated the number of injuries avoided as a result of the OSC program using three approaches—a onetime safety and health program; a hazard-reduction exercise; and OSHA enforcement inspection.

Safety and health programs are built on a set of commonsense pillars, including management commitment to safety and finding and fixing hazards; worker participation in all aspects of the program; and identified hazards abated expeditiously and completely. The data indicated that a fully implemented safety and health program can lower injury rates by 25 percent in the first year the program is implemented.

If an OSC visit produces results similar to those seen when employers implement a safety and health program, the OSC program could prevent 9,457 injuries each year. Under the safety and health program approach and using $77,000 as the value of an avoided injury, the benefits to workers from the injuries avoided as a result of the OSC program could total about $728 million per year. Adding $288 million in savings to the workers’ compensation system and $317 million in savings from avoided indirect costs (e.g., loss of productivity and the cost of hiring and training replacement workers), the total benefit under this approach was estimated at $1.3 billion annually.

OSHA data for the years studied revealed that the OSC program identified an average of 109,582 serious and imminent danger hazards at the facilities visited each year. Applying data from other studies, OSHA determined that not all identified hazards are initially abated, although the number of abatements increased over time when compared to the initial number of hazards identified.

In this approach, OSHA calculated the benefits from the OSC program by comparing OSC data to reduced-injury data resulting from OSHA enforcement inspections. OSHA emphasizes that comparing benefits from reduced injuries from OSC program visits on one hand to OSHA compliance inspections on the other may not be a fair comparison. OSHA states:

“Inspections are, in general, very limited compared to the comprehensive scope of a consultation visit. Data from the OSC Program and OSHA enforcement inspection records show that OSC workplace evaluations find twice as many hazards as OSHA enforcement inspections do. Since the program is voluntary and initiated by the employer, consultants usually have workplace records readily available and receive employer assistance in abating all known hazards.”

“While the estimated value of these benefits varies depending on which method is used, each method shows that there are significant benefits being derived from the program,” OSHA concludes. “Even at the low end of the estimated range, there are still thousands of workers who have likely avoided injury as a result of the OSC Program.”

OSHA’s working paper is at https://www.osha.gov/dcsp/smallbusiness/2018_Benefits_OSHA_On-Site_Consultation_Program_Economic_Analysis.pdf.