Hours before the EPA put almost all of its 14,000 workers on furlough because of the government shutdown, the Agency announced its latest measure to preserve coal-fired power in the United States. 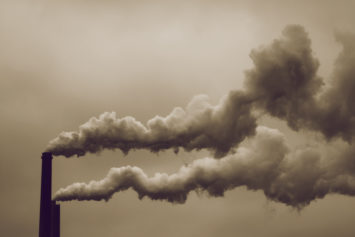 The proposal is a limited measure. It does not indicate the EPA’s intention to remove fossil EGUs from the list of sources subject to Section 112, which was written by Congress to reduce emissions of hazardous air pollutants (HAPs) from industrial facilities. Neither does it announce any plan by the EPA to withdraw the Agency’s 2012 Mercury and Air Toxics Standards (MATS), which impose limits on mercury and other HAPs emitted by EGUs under the authority of Section 112.

While those actions would be premature before any reversal of the 2016 Supplemental Finding, the Agency is also soliciting public comment on whether, following any final reversal of the 2016 appropriate and necessary finding, the EPA would either have the discretionary authority to remove fossil-fired EGUs from the Section 112 list and/or rescind MATS or be obligated to rescind MATS with or without a Section 112 delisting of EGUs.

In the 2016 supplemental finding, the Agency stated that the aggregated benefits of MATS ($37 billion to $90 billion each year) exceeded the costs of compliance ($9.6 billion annually) by three to nine times. The current proposal rebuts the Agency’s previous calculation of the benefits of MATS.

The Agency now states that such a calculation disregards judicial precedent, which states that the cost of the rule may not far exceed the benefits regardless of whether industry can pay those costs and still keep functioning.

While the EPA does not now dispute that cobenefits should be included in an appropriate and necessary finding, the Agency says such a calculation should not constitute the primary benefits calculation. According to the EPA, sections of the CAA other than Section 112 address NOx and SO2, and any need for additional regulation of those pollutants should be addressed under those sections.

The proposal also includes the results of the Agency’s residual risk and technology review (RTR) of MATS.

The RTR indicates that residual risks due to emissions of air toxics from the EGU source category are acceptable and that the current standards provide an ample margin of safety to protect public health. Also, no new developments in HAP emissions controls to achieve further cost-effective emissions reductions were identified under the technology review.

“Therefore, based on the results of these analyses and reviews, we are proposing that no revisions to the MATS are warranted,” states the EPA.

The EPA’s prepublication version of the proposal is here.