An Ohio man recently suffered a relatively minor, yet highly unusual injury—his phone caught fire in his rear pants pocket. While this incident is no cause for widespread alarm, you may want to share the story with employees to perhaps dissuade them from sitting on their phones. 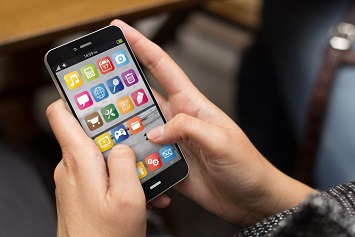 In a story from iDrop News, the man, referred to only as J. Hillard, described what happened in the December 12 incident. It began with a strange smell coming from his iPhone XS Max, which was only about three weeks old. A short time later, green- and yellow-colored smoke began to come from the phone and he felt a burning sensation on his skin. Hillard went on to say:

“Left no other option, I had to exit the room since there was a female in the break room with me and remove my pants. I ran to the boardroom where I got my shoes and pants off as fast as possible. A VP of our company put the fire out with a fire extinguisher because he heard me yelling.

“Once the phone was extinguished, I was left with a hole in my pants, fire extinguisher on my pants/shoes, and some pain/irritation in my buttocks region where the pocket of my pants was located.”

It’s not the first time that a phone has “exploded” in this manner, and the several other instances had one thing in common: They occurred to men who routinely kept their phones in their back pockets and sat on them. This practice can be potentially unsafe, as the batteries may overheat. As smartphones have gotten slimmer, they may also be more susceptible to bending or otherwise putting unintended stress on the shape of the battery. Interestingly, different pants designs may make this issue less of a threat for women as it could be for men.

Now, this injury isn’t going to rewrite any safety training handbooks, and an employer has no obligation to protect an employee from his or her potentially explosive phone (however, if you have any of these potentially explosive toilets in your company restrooms, you should get that fixed ASAP). But it serves as a powerful cautionary tale, and sharing the story with employees may encourage them to put their phones in their front pockets.