An Administrative Law Judge (ALJ) vacated OSHA’s citation of Wal-Mart and one of its contractors for alleged violations of the lockout/tagout standard. The alleged violation was cited following an incident in which a worker at a Brundidge, Alabama, distribution center was struck by an automated trolley October 18, 2016, and sustained a serious leg injury. 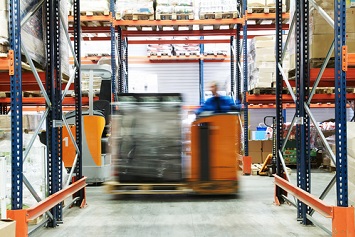 OSHA had sought penalties of $126,749 each from Wal-Mart Stores East, L.P., and Swisslog Logistics, Inc. The ALJ with the Occupational Safety and Health Review Commission (OSHRC) dismissed the fines.

Wal-Mart’s Brundidge distribution center, which supplies groceries to Wal-Mart stores in the region, is a three-level facility where full pallets of merchandise are received and then broken down into smaller quantities for shipment to stores. The third floor of the facility, where the worker was injured, houses an Electrified Monorail System.

The monorail system utilizes 30 trolleys, each 4 to 5 feet wide, to carry pallets weighing up to 3,000 pounds. The number of trolleys running in the system varies, depending on several factors. The contractor, Swisslog, maintains the monorail system at the facility.

Swisslog began a project in July of 2016 to upgrade components of the monorail system. Normal operations continued at the distribution center continued while Swisslog performed the upgrades.

On October 18, Swisslog employees were reprogramming some of the trolleys.

The Swisslog employee who was injured was reprogramming one of the trolleys when he noticed that another trolley was flashing an error code. The error code indicated a communication fault.

The worker’s attempt to stop the trolley failed, and his left leg was caught between the trolley and conveyor.

“It is apparent something went wrong at Wal-Mart’s facility on October 18, 2016, when a Swisslog employee was seriously injured,” the ALJ wrote in her decision.

“The fact of the injury is not enough, however, to establish Swisslog and Wal-Mart violated the cited standard,” she continued.

Because normal operations at the distribution center continued during the monorail system upgrades, the ALJ ruled that OSHA failed to establish that the startup of any of the trolleys was unexpected. The sound of the trolley motor releasing the brake also should have been adequate warning for the injured employee to get out of the way.