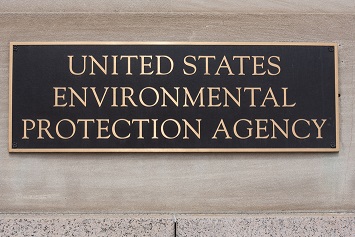 In their December 18, 2018, letter to the EPA’s Acting Administrator Andrew Wheeler, Senators Michael Bennet (D-CO) and Robert Casey Jr. (D-PA) write that the Agency has failed to respond to an earlier letter from them and 21 other senators, which requested more data about how industry is complying with the 2016 NSPS and the benefits and cost of compliance. Both Colorado and Pennsylvania have standards in place that would exceed the stringency of the NSPS if the proposal is made final. One of the senators’ concerns is that by lessening the emissions limits of the NSPS, Colorado and Pennsylvania will be victimized by increased O&G pollution crossing state lines. Bennet and Casey’s letter requests a meeting with Wheeler to obtain more clarity about the effects of the proposal.

The 2016 rule established NSPS for emissions of greenhouse gases (GHGs) in the form of limitations on methane and volatile organic compounds (VOCs) from the O&G sector.

In its proposal, the Trump EPA has made its intentions clear—save the O&G industry up to $484 million in compliance costs for the period 2019 to 2025 while over the same period allow 380,000 short tons of additional methane emissions when compared to the levels that would have resulted from the 2016 NSPS. Other reductions contemplated in the 2016 rule that would not occur under the proposal include approximately 120,000 tons of VOCs and about 4,700 tons of hazardous air pollutants (HAPs).

The EPA has conceded that the forgone VOC emissions reductions contemplated in its proposal may degrade air quality and adversely affect health and welfare effects associated with exposure to ozone, PM-2.5, and HAPs. However, the Agency adds that “data limitations prevent the EPA from quantifying forgone VOC-related health effects.”

Furthermore, the Agency’s proposal makes scant mention of the climate effects of the forgone reductions in methane. Over a 100-year period, methane has about 25 times the global warming potential of carbon dioxide (CO2). The EPA estimates that the proposed revisions will result in about 8.5 million metric tons of CO2-equivalent released into the atmosphere.

The EPA requested public comment on three proposed amendments to the 2016 NSPS:

The 2016 rule also required an initial monitoring survey within 60 days after start-up of a new or modified compressor station and then quarterly monitoring afterward. The proposal would change that schedule to either semiannual or annual monitoring.

In the 2016 rule, the EPA said it had been unable to conclude that any state or local program for addressing fugitive emissions could be deemed “at least equivalent” to the requirements in the O&G NSPS due to differences in both the sources covered and specific requirements. Accordingly, the EPA did not find that O&G operators that complied with a state program would be in compliance with the national standards.

In the proposal, the EPA says that it has now determined that the fugitive emissions programs of several states are at least equivalent to the federal requirements. Therefore, owners/operators that satisfy the requirements of those states would be found in federal compliance. The at-least-equivalent states listed in the EPA’s proposal are California, Colorado, Ohio, Pennsylvania, Texas, and Utah.

The 2016 rule required that a qualified professional engineer (PE) certify when it is technically infeasible to route pneumatic pump emissions to an existing control or process. The EPA is now proposing to amend the certification requirements to allow either a PE or an in-house engineer with appropriate expertise to make those certifications. Similarly, the EPA is proposing to allow in-house engineers with appropriate expertise to evaluate designs of closed vent systems and certify that their design and capacity are sufficient to route emissions to a control device from centrifugal compressor wet seal fluid degassing systems, reciprocating compressors, pneumatic pumps, and storage vessels.

In their letter, the 23 senators asked the EPA to respond to three questions:

According to Bennett and Casey’s more recent letter, the Agency has had the earlier letter for more than 2 months but has “made no effort to reach out to answer these questions.” The senators write:

“We are concerned by your failure to reply to our October letter and to take our questions seriously. We owe it to our constituents to obtain more clarity about the effect of the rollback on our respective states. Accordingly, we request a meeting with you within the next month to discuss our constituents’ issues with you personally.”