The Department of Energy (DOE) is proposing to withdraw a rule issued in the final days of the Obama administration that expanded the definition of general service lamps (GSLs) and general service incandescent lamps (GSILs). 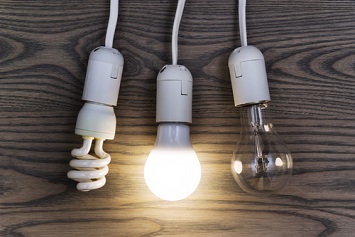 Under that rule, beginning January 1, 2020, the DOE is scheduled to prohibit sales of five types of GSLs and GSILs if they do not meet minimum energy-efficiency standards, even though they are exempted from those standards by law. In its proposal, the DOE now says the existing definition must be withdrawn because it is contrary to and not authorized by the Energy Policy and Conservation Act (EPCA) as amended by the Energy Independence and Security Act of 2007 (EISA).

GSLs are currently defined in the EPCA to include GSILs, compact fluorescent lamps (CFLs), general service light-emitting diode (LED) lamps and organic light-emitting diode (OLED) lamps, and any other lamps that the DOE determines are used to satisfy lighting applications traditionally served by general service incandescent lamps; these lamps account for the majority of installed lighting in the residential sector. GSLs and GSILs commonly have similar ranges of lumen output and voltage, screw bases, and a pear shape (spiral CFLs are an exception).

While these lamps were exempted from energy-efficiency standards in the EISA, Congress also gave the DOE the authority to end the exemptions. The EISA specifically directed the DOE to initiate a rulemaking process to consider two issues: (1) whether to amend energy conservation standards for GSLs and (2) whether “the exemptions for certain incandescent lamps should be maintained or discontinued.”

The January 2017 rule amended the GSL and GSIL definitions to include five specialty incandescent lamps—rough service lamps, vibration service lamps, 3-way incandescent lamps, high-lumen lamps, and shatter-resistant lamps. According to the DOE, the definitional exemption for these types of lamps should be ended because they are used to satisfy lighting applications traditionally served by GSILs. While the DOE acknowledged that a likely consequence of including additional lamps in the definition of GSL is that those lamps would be subject to energy conservation standards, the Agency also made it clear that it was not undertaking the statutory analysis required to develop an energy conservation standard. Rather, the DOE said it was only determining which lamps to include within the scope of GSLs. The DOE added that such an action is, in fact, a precursor to developing a GSL standard. The effective date of the rule is January 1, 2020, and remains so until the DOE formally withdraws it.

Industry complained that under the redefinition, the DOE would be able to require energy-efficiency standards for a vast array of lamps that Congress did not intend to be included in the GSL and GSIL definitions. Under President Donald Trump, the DOE agreed, noting, among other things, that the five lamp types included in the GSL definition are already subject to federal law (Energy conservation standards at 42 U.S.C. 6295(l)(4)), which indicate that these lamps become subject to energy-efficiency standards if certain sales thresholds are met in a specific time frame.)

“DOE sees no need to undertake an additional process for determining whether to establish energy conservation standards for these lamp types as GSLs,” the DOE now states. “Doing so would subject these lamp types to potentially two separate standards and create confusion among regulated entities as to which standard applies. To avoid any such double regulation, DOE proposes to withdraw the revised definitions of GSL and GSIL, and maintain the exclusion of the incandescent versions of these lamp types in the existing definition of GSIL.”

The National Electrical Manufacturers Association (NEMA), which heavily influenced the DOE’s decision to propose to withdraw the 2017 rule, welcomed the proposal.

“NEMA concurs with DOE’s analysis that it is not rolling back any standards applicable to these lamps,” said NEMA. “It is not legally possible to backslide from a point DOE could not legally stand upon in the first place. To think otherwise would erode the rule of law and the primacy of Congress in establishing public policy.”

Meanwhile, the American Council for an Energy-Efficient Economy said the action was indeed a “rollback” that would increase U.S. electricity use by 80 billion kilowatt-hours (kWh) per year—about the combined usage of all households in Pennsylvania and New Jersey—and raise the price of electricity by at least $12 billion annually.

The prepublication version of the proposal is here.