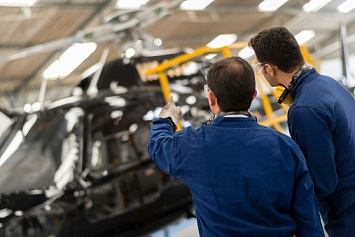 The GAO also wants OSHA to consistently include a searchable company identification number in its inspection and enforcement data.

The GAO found a history of workplace safety and health violations among companies that were awarded defense contracts, according to its report, “Defense Contracting: Enhanced Information Needed on Contractor Workplace Safety.” However, GAO auditors found it difficult to match defense contractors with company names in OSHA’s database.

There were several limitations to the GAO investigation:

The GAO was instructed to review issues related to the safety and health records of DOD contractors as part of the National Defense Authorization Act for Fiscal Year 2018. Auditors were assigned to examine the incidence of prior serious safety or health violations among selected companies with DOD manufacturing and construction contracts, and how DOD contracting officials address contractor workplace safety and health during the acquisition process.

The GAO was instructed to look at the manufacturing and construction sectors, which experience typically high rates of worker injuries. The GAO selected 100 companies with manufacturing contracts and 100 with construction contracts during fiscal year 2017. After eliminating duplicate companies, the GAO examined the safety and health records of 192 DOD contractors. Out of the 192:

The inspections included some involving worker fatalities. The accidents in which 7 workers died included:

The GAO had one recommendation for OSHA and two for the DOD. The GAO suggested that OSHA explore the feasibility of requiring a corporate identification number in its inspection database and enabling its website to be searched by that number.

The GAO acknowledged in its report that supervisors onsite during an OSHA or state investigation often don’t know their companies’ DUNS number, EIN, or TIN. Agency officials cannot issue citations or assess penalties if the inspection record remains open while waiting to obtain identifying numbers.

Loren Sweatt, Deputy Assistant Secretary of Labor for Occupational Safety and Health, responded to the GAO’s recommendation. Sweatt explained that only 42% of establishments inspected between February 2011 and May 2017 provided an EIN. She further commented that changing OSHA data systems to create a new searchable field would require substantial costs and approximately 6 months to develop and implement the change.

The GAO also recommended that the DOD take the following steps:

The DOD concurred with both recommendations.