Introduced in the House and Senate on February 7, 2019, the Green New Deal is a proposed resolution that goes much further than recognizing climate change as the ultimate environmental threat. It also directly links climate change to “systemic racial, regional, social, environmental, and economic injustices” that disproportionately affect indigenous communities, communities of color, migrant communities, deindustrialized communities, depopulated rural communities, the poor, low-income workers, women, the elderly, the unhoused, people with disabilities, and youth. 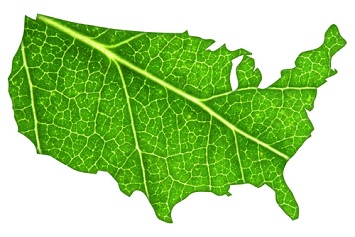 Accordingly, the resolution does not call for only a 10-year national mobilization to transition the nation to 100% clean, renewable, and zero-emission energy sources. It would also “create millions of good, high-wage jobs and ensure prosperity and economic security for all people of the United States” and most especially the groups listed above. The resolution would not impose any legally binding responsibilities on the federal government.

This sprawling transformative vision of government, society, and business has been seen as the handiwork of Representative Alexandria Ocasio-Cortez (D-NY), a 29-year-old freshman lawmaker and a member of the Democratic Socialists of America. Ocasio-Cortez is now called AOC and is already a major Washington celebrity. In fact, the resolution was also introduced in the Senate by Senator Edward Markey (D-MA) and was endorsed by all Senate Democrats who have announced they will seek their party’s nomination for the 2020 presidential election.

At this writing, there are about 70 Democrats in the House and 12 in the Senate who are co-sponsoring the resolution. Other Democrats have quietly expressed reservations about the absence of specifics in the resolution. That caution was given form by Ernest Moniz, former Secretary of Energy under President Barack Obama, in an interview with NPR.

“I’m afraid I just cannot see how we could possibly go to zero carbon in the 10-year timeframe,” said Moniz. “It’s just impractical. And if we start putting out impractical targets, we may lose a lot of key constituencies who we need to bring along to have a real low-carbon solution on the most rapid timeframe that we can achieve.”

No Republican in either chamber has signed on to the resolution.

Following are additional comments on or responses to the resolution.

“Republicans don’t want to debate climate change, they only want to deny it. They have offered no plan to address this economic and national security threat and want to sabotage any effort that makes Big Oil and corporate polluters pay. The principles of the Green New Deal resonate with the American people – a mission to save all of creation by investing in massive job creation. The Green New Deal resolution has struck a powerful chord in this country, and Republicans, climate deniers, and the fossil fuel industry are going to end up on the wrong side of history.”

“The proposal reads like an absurd socialist manifesto. It will mean the end of the internal combustion engine in cars, boats, and planes. The plan will force every driver in America to purchase an electric vehicle or rely on public transportation. It also will eliminate airplanes and ships.”

“The Green New Deal has rekindled a conversation about climate action in the United States that is urgently needed. The broad enthusiasm that the Green New Deal resolution has generated is clear recognition that—whatever form climate legislation eventually takes—ambitious climate action must simultaneously create good jobs and reduce economic inequality. America needs a solution that prompts a rapid shift to clean energy, decarbonizes the economy, ensures everyone is heard and no one is left behind.”

“There are two competing approaches to addressing our country’s challenges such as climate change, healthcare, and income inequality. In one approach, as exemplified by the ‘Green New Deal,’ government asserts control over most of our economy, passing along the enormous costs and bureaucratic inefficiencies to everyday Americans. In the other, our robust system of free enterprise rises to the challenge, tapping into our deep well of ingenuity and creativity. This is the approach that built our nation and made us a land of opportunity for all, in stark contrast to failed socialist policies that have plagued many other countries over time. For instance, American companies today are investing billions in innovations that will continue to make our air and water cleaner and reduce the threat of climate change. The Chamber stands firmly behind the power of free enterprise, and we welcome this debate.”

“A cornerstone of the resolution calls for transparent, inclusive policies so that historically marginalized communities, hit first and hardest by a changing climate and disproportionately burdened by the impacts of our fossil fuel dependence, are front and center in the process. The resolution’s focus on a rapid, massive near-term investment in equitable climate solutions is exactly what’s needed to accelerate the clean energy momentum already underway nationwide, ensure its health and economic benefits flow to all people, and ensure the United States is well on its way to contributing its fair share to meeting the long-term climate goals articulated in the Paris agreement.”

“Any approach to eliminating greenhouse gas emissions requires all clean energy technologies, including nuclear, to work together to address that urgent problem. There is a growing consensus among climate advocates, including the UN Intergovernmental Panel on Climate Change, The Nature Conservancy, and even The Union of Concerned Scientists, that any climate solution must include nuclear energy.”