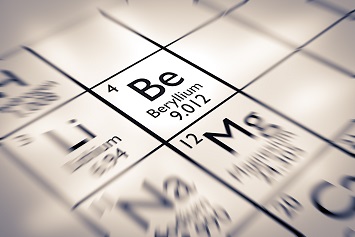 OSHA will begin enforcing general industry requirements for engineering controls to limit worker beryllium dust exposures a year later, on March 10, 2020. At construction and shipyard workplaces, the agency is only enforcing the permissible exposure limit (PEL), which is 0.2 micrograms per cubic meter (µg/m3) of air averaged over 8 hours.

The beryllium standards for general industry and construction and shipyards are in flux. The standards have gone through several changes over the past two years:

Inspection procedures for enforcing the PEL include:

However, overexposures may not result in the agency citing a violation of the PEL during an interim period. Until March 10, 2020, OSHA will consider employers to be in compliance with the PEL as long as employees are being provided with, and use, appropriate respiratory protection, without the employer first attempting to use engineering controls.

Exceptions for Construction Sites and Shipyards

OSHA has instructed its Certified Safety and Health Officers to not enforce certain provisions of the beryllium standard at construction sites and shipyards. These include:

Where Does This Leave Employers?

An occupational safety and health standard in flux can leave employers confused. Right now, all employers must comply with the PEL of 0.2 µg/m3. However, they are considered to be in compliance if employees are provided with and use appropriate respiratory protection. By March 11, general industry employers must provide change rooms and showers.

By March 10, 2020, general industry employers must comply with engineering controls in addition to the respiratory protection requirements.

Employers are expected to comply with the changes proposed December 11, 2018, even though those changes are not yet final. The proposal changes the following:

The original, nonmandatory Appendix A to the general industry standard, “Control Strategies to Minimize Beryllium Exposure,” is being replaced by “Operations for Establishing Beryllium Work Areas.”