The Tier II hazardous chemical inventory reporting deadline is quickly approaching. Are you prepared to submit your report by March 1st? 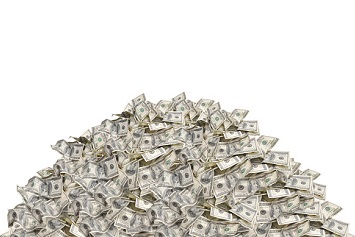 In 2018, the U.S. Environmental Protection Agency (EPA) assessed almost $250,000 in fines for Emergency Planning and Community Right-to-Know Act (EPCRA) violations related to Tier II reporting, indicating that many companies may still be struggling to submit their Tier II reports properly.  Do you know which chemicals at your facility need to be on the report?  Or how to submit the report in your jurisdiction?  Careful attention to detail will help keep you in compliance and avoid any fines.

What Chemicals Need to Be Included on a Tier II Report?

There are three basic criteria that determine if a chemical is reportable under Tier II:

The next step is to determine if the quantity of the chemical equals or exceeds an established threshold. If the chemical is an EHS, the threshold is 500 pounds or the threshold planning quantity (TPQ), whichever is less. TPQs are also included on the EHS list in Appendices A & B of 40 CFR 355. The threshold for non-EHS hazardous chemicals is 10,000 pounds. In addition, there are different thresholds for retail gas stations or if information is requested by an emergency planning agency or a fire department—see 40 CFR 370.10.

The final part of the applicability determination is to define “present at your facility at any one time during the year.” There is no time threshold for a hazardous chemical to be on-site before being subject to Tier II evaluation. This means that if a chemical is present at your facility above an applicable threshold for even a single day, it must be included on the Tier II report. The threshold determination is based solely on the maximum amount present on-site at a given time during the reporting year. It is not based on cumulative throughput or annual usage.

How and to Whom Is a Tier II Report Submitted?

Tier II reports must be submitted to the State Emergency Response Commission (SERC), the Local Emergency Planning Committee (LEPC), and the local fire department(s) with jurisdiction over the facility. In many cases, the state’s emergency management department or the state’s environmental protection agency will accept Tier II reports on behalf of SERC.

Many states accept the EPA’s free Tier2 Submit software, which helps facilities prepare an electronic chemical inventory report. Most states accept some form of electronic reporting, and many states require that Tier II reports be submitted electronically via e-mail, CD, or an online reporting tool. In certain jurisdictions, a single electronic submission satisfies reporting requirements for all three entities (SERC, the LEPC, and the local fire department). In addition, some states have established more stringent thresholds or require Tier II fees to be submitted with the report. As a result, it can be difficult to keep track of this information, especially if you have facilities in multiple states, so be sure to verify the submission requirements in your jurisdiction.

Lead-acid batteries. The U.S. Environmental Protection Agency (EPA) has provided guidance on this issue in a memorandum dealing specifically with lead-acid batteries. The memorandum clearly indicates that Tier II reporting requirements do apply to non-consumer lead-acid batteries, such as those found in industrial forklifts. In such instances, the batteries would be treated as a mixture containing both lead and sulfuric acid, which is also a mixture itself. The sulfuric acid is a listed EHS with a reporting threshold of 500 pounds, and the lead is a non-EHS hazardous chemical with a reporting threshold of 10,000 pounds. Typically, the Tier II reporting of such batteries is done by listing the batteries as a mixture rather than by their hazardous chemical components.

The Tier II report is due March 1, which is right around the corner.  The deadline was established by Congress in EPCRA itself, rather than the regulations established by the EPA. Therefore, the regulatory agencies have no authority to grant extensions.