Workplace injuries and illnesses are undercounted, and the United States needs a more robust occupational safety and health surveillance system, a panel of experts concluded in a recently issued report. 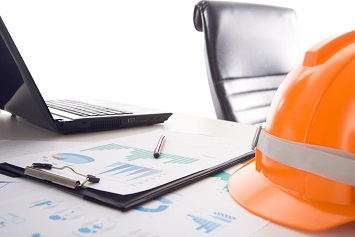 The National Institute for Occupational Safety and Health (NIOSH) should lead a collaborative effort with the Labor Department’s Bureau of Labor Statistics (BLS), OSHA, and states to establish and strengthen regional occupational safety and health surveillance programs, according to a report from the National Academies of Sciences, Engineering, and Medicine.

The report, A Smarter National Surveillance System for Occupational Safety and Health in the 21st Century, included a wide range of suggestions for collecting data from both existing and potentially new sources about workplace injuries and illnesses.

If the panel’s recommendations were implemented, they could have significant impacts on employers, healthcare providers, insurers, federal agencies and state governments, as well as workers.

The panel recommended implementing a household survey to record occupational injuries and illnesses, obtaining information directly from workers, to fill in gaps in the data from employer-based injury reporting.

The panel’s also recommended that:

The purpose for collecting this information would be for NIOSH and the DOL agencies to:

The panel was led by Edward Shortliffe, professor of biomedical informatics at Arizona State University, and included several academics, as well as Scott A. Mugno, President Trump’s nominee to head OSHA, and Peg Seminario, director of occupational safety and health for the AFL-CIO.

The study and report were funded by the BLS, NIOSH, and OSHA; however, the agencies have not proposed and may not propose implementing any of the report’s recommendations.