There is strong bipartisan support in the Senate to reauthorize the Diesel Emissions Reduction Act (DERA), which directs federal dollars into grants, rebates, and loans to public and private entities implementing projects that reduce emissions from diesel engines. As noted by sponsors of the reauthorization bill, as well as witnesses at a recent Senate hearing, the DERA has been particularly helpful in reducing harmful diesel emissions from school buses and at the nation’s ports. Matching bipartisan legislation has been introduced in the House. 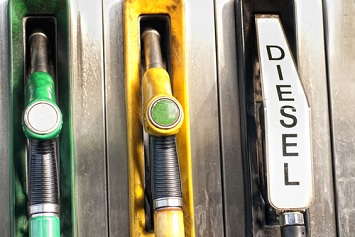 The DERA was established in the Energy Policy Act of 2005. Administered by the EPA, the program uses federal funding to leverage state and nonfederal funding to finance the voluntary replacement of or installation of retrofits for existing heavy-duty diesel vehicles and engines. Eligible DERA projects include upgrades to engines (e.g., improved exhaust technology); replacement of diesel vehicles/equipment with new, cleaner diesel, hybrid, or alternative fuel vehicles/equipment; and installation of technologies that reduce idling of diesel engines. According to the EPA’s latest report, each federal dollar invested in the DERA has leveraged as much as $3 from other government agencies, private and nonprofit organizations, and industry. The legislation would reauthorize the DERA through fiscal year 2024 at the current funding level of $100 million annually.

“The program is so successful, every dollar invested in [the] DERA generates a 13-fold return in health and economic benefits,” said Senator Tom Carper (D-DE) at the hearing. Carper is one of the authors of the original DERA.

Also at the hearing, Senator John Barrasso (R-WY) said that in Wyoming, the DERA funds have been used by communities to replace aging school buses.

This theme was expanded upon by Dale Krapf, who spoke on behalf of the National School Transportation Association (NSTA) in favor of DERA reauthorization.

“Over the last decade, NSTA, through our DC representatives, has helped lead an informal coalition of not just school bus interests but also representatives of other sectors to include truck, rail, construction and water transport as well as public health and environmental advocates who support the reauthorization of and continued funding for the DERA program,” testified Krapf. “The program helps promote a host of new technologies, which are typically and almost entirely domestically developed and domestically built. The program is technology agnostic, meaning that all types of clean vehicles and equipment are eligible, including diesel, propane or natural gas, electric or hybrid, and it supports vehicles and equipment in all sectors from tug boats to transit buses, locomotives to school buses. EPA administers grants through the regions on a purely competitive basis with the goal of funding the projects that produce the highest benefits. Only technology that has been certified as effective is eligible, but the program also helps in the development of newer technologies by creating an incentive for manufacturers to obtain the required certification of effectiveness.”

Krapf did note that the 2010 DERA reauthorization amendments somewhat limited the eligibility of private entities to DERA funding, an issue he believes can be worked out with the EPA. But Krapf believes that the legislation has not outlived its usefulness.

“Some have questioned why a program that was originally authorized in 2005 is still needed,” said Krapf. “The answer is simple—it still works and produces benefits well in excess of cost.”

All testimony is available here.