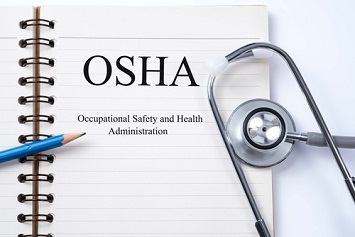 The commission upheld OSHA’s citation under the general duty clause of the Occupational Safety and Health Act of 1970 (OSH Act), which requires employers to provide a place of employment free of recognized hazards. Integra had appealed an earlier administrative law judge’s decision to the full commission.

On December 10, 2012, an Integra employee was repeatedly stabbed during a home visit to one of Integra’s clients, who had a history of violent, criminal behavior.

The decision means that employers are responsible for protecting employees from recognized hazards—even if those hazards include violent actions committed by third parties that occur outside the employer’s premises.

Significance of the Integra Case

The number of amicus brief filed in the case and the prominence of the filers points to the significance of the case. Briefs were filed by the following:

Owings Mills, Maryland–based Integra Management has contracts with health insurers to contact insured individuals, some of whom may have chronic conditions, including mental illness, who are not regularly meeting with physicians or taking prescribed medications. The purpose of Integra’s service is to curtail costly emergency room visits.

Integra has contracts in Florida, Maryland, Pennsylvania, and Tennessee. The company has no facilities in Florida. Its service coordinators work out of their homes and in the field.

A service coordinator in Tampa, Florida, had a client who suffered from cardiovascular disease and schizophrenia. The client had a history of violent, criminal behavior and had served nearly 15 years in prison for:

During the employee’s fourth in-home meeting with the client, he stabbed her nine times while chasing her across his front yard. A passerby found the employee lying on the ground and drove her to a hospital, where she died later that day.

The Chamber of Commerce argued a face-to-face meeting in a client’s home is not a “place of employment.” The commission dismissed this argument. Integra’s whole business model requires service coordinators to go to clients’ homes, get their consent to perform services, and coordinate their making and keeping appointments with healthcare providers and taking prescribed medications.

One of the commissioners compared face-to-face meetings in clients’ homes to a construction site, where employers do not own or lease the property but are responsible for protecting workers from health and safety hazards at the site.

Integra argued that third parties’ actions are unpredictable and that it could not have known its employee was at risk. The commission found that the company’s own training materials undercut this argument. Integra’s online training for service coordinators included slides entitled “Screening the Dangerous Member” and “Safety in the Community.”

In its citation of Integra, OSHA recommended abatement methods the company could have used to address the hazard of workplace violence:

The Integra decision makes clear that if a recognizable hazard exists and can be eliminated or abated, employers are responsible for protecting employees from that hazard. Employers concerned about being cited under the general duty clause for workplace violence hazards could adopt some the abatement methods suggested by OSHA in the Integra case.