The Process Safety Management (PSM) standard applies to equipment like boilers that don’t involve highly hazardous chemicals if the equipment is interconnected with or located near equipment that does, the Occupational Safety and Health Review Commission recently decided. 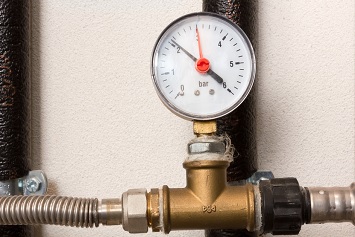 Wynnewood Refining argued that OSHA’s PSM standard did not apply to the Wickes boiler at its petroleum refinery because the boiler operations did not involve highly hazardous chemicals. The commissioners disagreed. The OSHRC also rejected OSHA’s “repeat” citations, ruling that Wynnewood, LLC, is a different corporation from the facility’s previous owner, Wynnewood Refining Company, Inc.

On September 28, 2012, the boiler was started up using only natural gas. During start-up, too much natural gas was allowed into the boiler’s firebox—where fuel is burned to produce the flame that heats water in the boiler vessel. The boiler exploded, immediately killing one employee and injuring another, who died 28 days later.

OSHA cited Wynnewood under the PSM standard because the boiler was located near and interconnected with equipment involved in processes using highly hazardous chemicals.

The OSHRC agreed with the agency’s reasoning that the boiler was:

The commissioners disagreed, pointing out that the standard covers processes that could cause a highly hazardous chemical release.

The OSHRC vacated OSHA’s citations for repeat violations. The agency had previously cited the same facility under its previous ownership. OSHA argued it was the same establishment because several of the day-to-day managers were in the same positions under Wynnewood, Inc., and Wynnewood, LLC.

The decision in the Wynnewood case doesn’t create any new process safety requirements. In 2007, OSHA published an interpretation clarifying that the PSM standard applied to processes colocated or interconnected with those that do involve highly hazardous chemicals. The OSHRC’s decision confirms the agency’s current thinking.